Get in the holiday mood with Clapton, Monkees and others 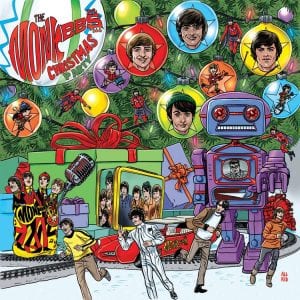 Here’s a collection of holiday albums reviewed by The Associated Press.

Are you in the mood for jolly, singalong Christmas music? Diana Ross has you covered.

Looking for something more serene, with religious tones? Diana Ross has you covered.

Or are you looking for inspirational music that doesn’t necessarily have anything to do with the holidays? Again, Diana Ross has you covered.

Her new Christmas album, the 20-track “Wonderful Christmas Time,” may actually have a track for every mood of the season with the exception of the bah-humbug crowd. Ross’ silky, smooth soprano takes on a wide variety of songs, from “Ave Maria” to “Let It Snow! Let It Snow! Let it Snow!” 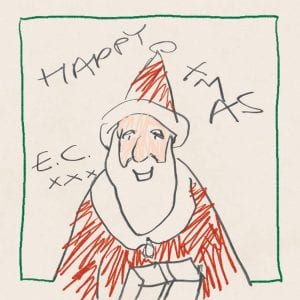 She also goes outside the Christmas arc with songs about peace and love, like Stevie Wonder’s “Overjoyed.” While there’s something for everyone here, the downside is the lack of cohesiveness: Even though “What the World Needs Now” is given a sweeping, classical approach, to go from that to “Amazing Grace” is still a bit of head scratcher, despite a near seamless transition.

Of course, it’s a small quibble, like complaining that you were offered too many pie options at the holiday meal. In the end, you’ll be deeply satisfied.

If anyone needs a model for how to put out a successful Christmas album, look no further than everyone’s latest EGOT winner — John Legend.

On the modestly titled “A Legendary Christmas,” the singer mixes old chestnuts and new tunes, switches tempos from jazz to blues, and adds a few perfectly cast cameos. (Only Legend could get Stevie Wonder to play a little harmonica work on “What Christmas Means to Me”).

Legend teams up with veteran producer Raphael Saadiq for new takes on classics, including an uptempo “Silver Bells” and a lush “Have Yourself a Merry Little Christmas” with guest Esperanza Spalding. “Christmas Time Is Here” gets the lounge treatment and he’s nicely unearthed Marvin Gaye’s “ Purple Snowflakes.”

Legend shows off his own songwriting with the delicious throwback “No Place Like Home” and cowrites the bustling “Bring Me Love” with Meghan Trainor. “Waiting for Christmas” is classic piano Legend, “Wrap Me Up in Your Love” is a smoky R&B standout and “By Christmas Eve” — a promise to get home, like an update on Brenda Russell’s “Get Here” — is simply sublime.

The album’s cover features Legend in a Santa hat and bow tie, emulating one of Bing Crosby’s iconic Christmas albums. Bold move, Mr. Legend — but earned. This Christmas album is an instant classic.

Guitar god Eric Clapton may have been an unlikely rock star to cut a Christmas record, but for music fans looking for a bluesy alternative to the typical holiday dredge it’s as welcome as a steaming cup of hot chocolate on a wintry night.

“Happy Xmas” steers clear of the typical holiday playlist, and thankfully has more hits than misses.

“White Christmas” and “ Lonesome Christmas” benefit from Clapton’s distinctive slowhand blues guitar style. The lone new song from Clapton, “For Love on Christmas Day,” will comfortably find a slot into soft rock holiday playlists but may turn off fans who prefer their Clapton with a little less schmaltz.

The most un-Clapton song, “Jingle Bells (In Memory of Avicii),” is a tribute to the late EDM DJ-producer Avicii, whom Clapton admired. It may be the first time “Jingle Bells” has ever been re-imagined as a tribute to a DJ, but whatever. It bears little resemblance to the holiday standard, or anything Clapton has done before, making it a curiosity at the very least, and a standout track for those who treasure Christmas music that’s not just outside the box, but on another planet entirely.

Kudos to the 73-year-old Clapton for at least making it interesting.

Take the last train to Christmas, and enjoy pure pop goofiness, harmony and personality with the implausibly still-around Monkees, the late ‘60s TV sensations who are still as fun today as they were then.

Micky Dolenz handles most of the vocals, though Michael Nesmith sings on two songs and Peter Tork is on the banjo-laden “Angels We Have Heard on High.” Davy Jones, who died in 2012, sings lead on two tracks via tapes he recorded in 1991, backed by new instrumentation. His “Silver Bells” and “Mele Kalikimaka” will make a daydream believer out of you, too.

“Unwrap You at Christmas” sets the tone for this lighthearted holiday romp, leading into the whimsical “What Would Santa Do?”

Most interesting is “House of Broken Gingerbread,” with its unmistakable ‘60s psychedelic feel. Built around a funky guitar riff, “Christmas Party” arrives at the conclusion that one holiday blowout year is enough: “Remember last year/Cops had to shut us down twice.”

The Monkees also cover classic Christmas tunes from Roy Wood (“I Wish It Could Be Christmas Everyday”) Paul McCartney (“Wonderful Christmastime”), and the oft-covered “Merry Christmas, Baby,” which is way more bad-ass than one would expect from The Monkees.

There are more than enough recorded renditions of the season’s standard repertoire, from “Silent Night” to “Grandma Got Run Over by a Reindeer.” So it’s a Christmas blessing that Rodney Crowell has opted for all-original material on his first album celebrating the holiday.

His songs tend toward the “Grandma Got Run Over” end of the spectrum, as his wry humor spreads irreverent Christmas cheer. The opening “Clement’s Lament ( We’ll See You in the Mall)” is worthy of Tracey Ullman, and the Spike Jones-inspired title cut is just as funny thanks to a dream interlude and such poetic couplets as, “Christmas out the waz … Christmas up the schnoz.”

Crowell offers a mix of musical styles, from countrypolitan and jump blues to gypsy jazz. He does the bahhumbug bit on “Let’s Skip Christmas This Year” and the powerful “Christmas In Vidor,” and there are several ballads about romance on the rocks and the resulting holiday blues.

But he ends with the cheery “All for Little Girls & Boys,” as Crowell and his young daughters sing on a cassette recording from the early 1980s — a gift from Christmas past.

If you have a juke box by the Christmas tree or want to experience the feeling, Mitch Ryder’s your man. He keeps songs under three minutes, accentuates the beat and primes a dozen Yuletide favorites for a bit of Christmas dancing.

The Motor City legend’s style (no surprise here) is founded on the sounds of the Sixties — rock ‘n’ roll, rhythm and blues and soul — and enough energy to light up all your seasonal ornaments.

Ryder, who’s made some albums since his glory years with Detroit Wheels that are well worth tracking down, sings some of the inevitable holiday favorites in the rock and pop canon like “Blue Christmas,” ‘’Santa Claus Is Comin’ to Town” and Darlene Love’s “Christmas (Baby Please Come Home).”

But you’ll also find some Motown sounds like “What Christmas Means to Me” and a hidden 1965 gem in The Sonics’ booming “Santa Claus.”

Ryder’s voice is often ragged and he covers the unfortunate “Grandma Got Run Over By a Reindeer,” but Jackie DeShannon’s “Put A Little Love In Your Heart” is a great closer to a kind of Christmas record you rarely hear these days.

If you could only choose one new album to mingle in with the classics at your holiday party, you could do a lot worse than the Mavericks’ “Hey! Merry Christmas!” It’s the sound of a great band with a unique style leaning into the holiday season with gusto.

The Mavericks have evolved in all the right ways over the years — adventurous, ambitious and not bound by formulaic thinking. Led by Raul Malo’s dynamic vocals, they pour folk, swing, jazz, rockabilly and Latin sounds into one big pot of gumbo.

And it turns out their holiday stew has some kick.

And while some of the new songs sound derivative — you’ll hear echoes of Springsteen’s “Santa Claus Is Comin’ to Town” on “Santa Does,” for example — the common element is fun.