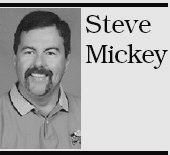 This past weekend was a great one for Joe Gibbs. The coach of the Washington Redskins won his first exhibition game on Saturday and then on Sunday as a Nextel Cup owner, saw his drivers Tony Stewart and Denny Hamlin finish first and second. Racing success is no stranger to Gibbs as he has three Nextel Cup championship trophies at his Huntersville shop and has both Stewart and Hamlin firmly entrenched in the race to make the Chase this season.

His son, J.D., heads Joe Gibbs Racing and it couldn’t be in better hands as he has shown a willingness to change with the times to ensure JGR keeps up with the big boys of the sport. In addition to Stewart and Hamlin, the organization fields a third team with driver J.J. Yeley. While Stewart and Hamlin both seem to have a lock on making the Chase, Yeley finds himself in the 21st spot in the standings and has failed to show the kind of consistency on the track to make him a threat to visit victory lane.

When Dale Earnhardt Jr. announced he was leaving DEI and later announced he would be driving for Hendrick Motorsports next season, it created a large ripple in the garage area that had many drivers rumored to be on the move for next season. Jr. replaced Kyle Busch and in the process made Busch the biggest name on every owner’s wish list for 2008.

The signing of Busch would give JGR a trio of drivers capable of winning at each stop on the schedule and all three would be favorites when next season gets underway to make the Chase. The only question that would arise from these three drivers campaigning out of the same operation would be their ability to get along with each other.

Busch is a competitor who oftentimes wears his emotions on his sleeve and that can definitely lead to some tough times in this sport, but he wouldn’t be the first JGR driver to do so. Everyone at JGR would know how to handle the young talent as the organization has already gone through many of the same problems with Stewart. Tony is definitely no angel, but by his old standards he has come a long way in keeping his emotions in check.

That is not to say Tony is NASCAR’s poster boy for what it wants in a driver both on and off the track. Tony is always going to be Tony, and that is a driver who is driven to win and doesn’t like to settle for anything less. If he shows some temper along the way, then so be it. If I was a car owner that would be the kind of driver that I would look for to put behind the wheel of my car.

Hamlin is every bit as intense as Stewart on the track but so far in his career has shown the ability to keep his emotions in check. Ironically, one of the few times he has shown any emotion after a race came when he and Stewart tangled at Daytona this summer and a war of words followed between the two drivers. Their feud was shortlived as the two patched up their differences and moved on. The thinking is that Hamlin, who is a close friend to Busch, would make Busch’s transition a little smoother by being someone he could confide in.

Stewart, Hamlin and Busch together will make JGR stronger next season and get the organization closer to being on equal footing with those operations fielding four teams. Busch was definitely a missing piece of the puzzle for Gibbs, but what model of car he drives is another question.

JGR has been quiet all season about the rumors of a possible move to Toyota for 2008. Toyota needs an established organization and J.D. knows his operation will always be the third Chevy operation behind Hendrick and Richard Childress Racing. If and when that announcement is made, you can say Gibbs has put the puzzle together in a way that he hopes creates a finished picture of one of his three teams holding up the championship trophy.