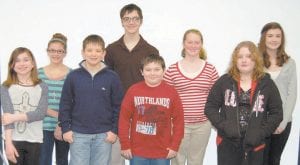 For the fourth time — and the third year in a row — Brooke Saurer has advanced to the state spelling bee.

“I am really excited to return to state,” said Saurer. “I will be extremely busy over the next few weeks preparing.”

Soon after Saurer,13, finishes with the state spelling bee March 15 at Kosair Shrine Club at Spalding University, her parents, James and Valerie Saurer, will take her to the Galt House to compete in the state Governor’s Cup academic tournament.

Saurer won’t have as much free time as she would like to study spelling words. As a member of the Letcher County Central High School band, she will be playing clarinet during district and regional basketball tournaments. 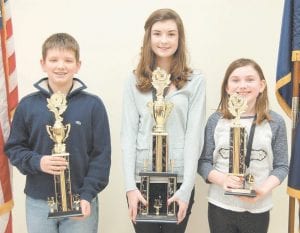 “She knows the study guide inside and out,” said Valerie Saurer. “At the state level, elimination begins quickly in the second round. If students do not know the entire book, they are generally eliminated quickly after round one. Round two has words that are not in the study guide.”

To participate at state level, a student in the fourth through eighth grade must win his or her school spelling bee and the county bee .

Saurer has won her school’s spelling bee each year since she was in the fourth grade. She won the county spelling bee as a fourthgrader at West Whitesburg Elementary School and competed at state level. She did not win the county bee as a fifth grader, but has won the last three years.

“It is an honor to represent the county and winning would be a bonus,” said Saurer, who is interested in helping other students become familiar with the spelling bee process.