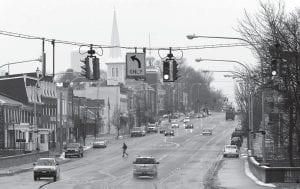 Fifteen teenage girls reported a mysterious outbreak of spasms, tics and seizures in the town of LeRoy, N.Y. But tests find nothing physically wrong. (AP Photo/Democrat and Chronicle)

Scores of adults in Northern California report crawling skin sensations and other bizarre symptoms. Government doctors find no physical cause after an extensive study.

The conclusion by experts is that these are just the latest examples of what used to be called mass hysteria. Now known as conversion disorder, sufferers experience real, but psychologically triggered symptoms.

It’s rare, but scores or even hundreds of outbreaks have been recorded through the decades around the world.

It’s a diagnosis that’s often reached after other causes are ruled out, and is usually traced to a stresscausing trigger. Individual cases are common, even the kind involving tics and other movement- related symptoms. On average, the National Institutes of Health gets reports of two such cases each week, said Dr. Mark Hallett, who heads the branch that fields those calls. 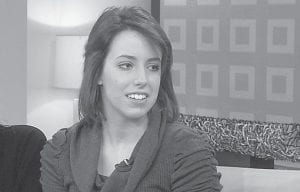 Junior/Senior High School senior Thera Sanchez said she was fine until she woke up one day and began stuttering. She said symptoms worsened to the point she couldn’t even attend class. (AP Photo/NBC News/TODAY)

Outbreaks, however, are unusual. Most involve females, often teenagers. Why is not clear. Some think it has to do with the way girls are socialized to deal with stress. Others say that females are just more likely to seek medical help — and thus appear in medical reports.

Symptoms seen in outbreaks vary, and cases have included blindness, headaches, nausea, paralysis and inability to speak. As in infectious disease outbreaks, they often seem to begin with one person who gets the symptoms and then it spreads to people she knows. Experts believe that these first “index” cases often are people who have symptoms caused by a physical illness, but subsequent cases are subcon- scious mimicry.

— In the fall of 2007, at least eight girls at a Roanoke, Va., high school developed strange twitching symptoms similar to those in upstate New York. The school district spent $30,000 to check the school, but investigators found no environmental cause.

— Earlier in 2007, a mysterious illness swept through a Catholic boarding school in Chalco, Mexico, causing 600 girls to suffer fever, nausea and buckling knees that left many unable to walk. Batteries of tests found no physical cause.

— In 2002, 10 teenage girls at a small, rural North Carolina high school had epileptic-like seizures and fainting. The school buildings were inspected, but nothing was found to explain the outbreak.

Allegations of fakery sometimes surface, but most experts believe these patients have real symptoms that they can’t consciously control.

One thing they often have in common, is some kind of precipitating stress in their lives.

That was the case in Le Roy, N.Y., the site of the latest example of this disorder. Dr. Jennifer McVige, a pediatric neurologist based in nearby Batavia, has seen 10 of the teens. “All of the kids had something big that happened,” like divorcing parents or some other upsetting situation, McVige said, declining to go into detail.

The Le Roy Central School District paid for an inspection of the school, checking for formaldehyde, carbon monoxide, carbon dioxide, molds, solvents and other volatile organic compounds and even lighting levels. No environmental cause for the cases was found.

But the belief that there must be a physical cause drew national news attention, and finally, California environmental activist Erin Brockovich. She wanted to investigate whether a 1970 derailed train carrying chemicals may have contaminated groundwater with trichloroethene, or TCE. State health officials say no TCE was found at the school, and last week they reported no sign of that chemical or other threatening contaminants in the school or village water supply.

The idea that it’s a stressinduced psychological disorder has been hard for some of the girls and their parents to swallow. Some have appeared on national and international TV voicing that view.

On NBC’s Today Show last month, senior Thera Sanchez told how her Tourette like tics worsened to the point where she couldn’t even attend class. She had some psychological counseling, which she says didn’t resolve her condition. “I want an answer. A straight answer,” she said on the show.

Doctors familiar with the girls’ treatment say the continuing news coverage has slowed progress they were making. They have recommended that all the girls see therapists. But that’s easier said than done. There’s a shortage of pediatric psychologists in that part of the state, McVige said.

Experts elsewhere have looked on curiously at the Le Roy story. One piece of footage prompted laughter this week among a group of physicians. They were watching a BBC report on the cases, which showed one girl with a jerking arm that suddenly became very controlled as she applied eyeliner and then jerked around again when she was done.

“It’s almost impossible to conceive of a true neurological disorder that can allow for that complexity of switching back and forth,” said Dr. Jose Maldonado, chief of psychosomatic medicine at Stanford University, who mentioned the group’s reaction. “It also looks very purposeful. I’m not saying she’s making it up. I’m just saying that it doesn’t look neurological.”

The AP was unable to reach the girl or her mother.

McVige acknowledged the other doctors’ reaction. She recalled one examination in which the tic in one girl’s arm stopped when a doctor forcefully held it, but then the other arm started moving. That also is not something generally seen in neurological disorders.

She said the Le Roy outbreak, at its core, is no hoax. But “now I think there’s an overlay of some of the girls trying to prove ‘there’s something wrong with me,’” she added.

In Le Roy, many of the cases appeared around the beginning of the school year and were improving, but about half of the girls got worse after the wave of media attention and disputes about the cause of the illness.

Indeed, McVige said she has stopped forwarding media requests to her patients.

Anxiety and suspicion are continuing, fueled by YouTube, Facebook and other social media that weren’t prevalent in earlier outbreaks, observed Robert Bartholomew, a sociologist who has studied mass hysteria for many years.

“There is a good chance that symptoms could spread to other students and last for several more months — even years,” Bartholomew said in an email from New Zealand, where he teaches at a university.