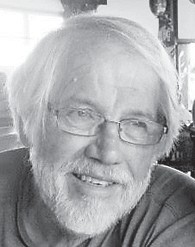 Formerly of Cowan and a son of the late Kyle Harris and Verna Day Flanary, he died May 15 at Tidewell Hospice in Bradenton, Fla.

He was a U.S. Air Force veteran, was retired from Allison Turbine Engine and Rolls Royce of Indianapolis, and was later retired from Fed-Ex Air Transport.

In lieu of flowers the family requests instead that donations be given to the Pancreatic Cancer Society.