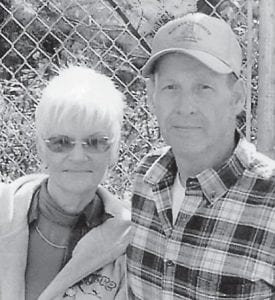 GOLDEN ANNIVERSARY — Bobby and Mary Burke of Pine Mountain celebrated their 50th wedding anniversary on Nov. 26. She is retired from the Veterans Center in Hazard, and he is a retired coal miner. The couple have two children, Steven Burke of Georgetown and Rhonda Brashears of Whitesburg, and two grandchildren, Jennifer and Amy Brashears. They celebrated Thanksgiving with family and friends.