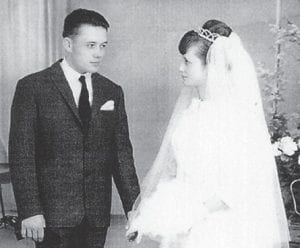 Paul and Martine Maggard of Flat Gap, celebrated their 50th wedding anniversary on May 30. They were married in France on May 30, 1964. The couple have four children, Frankie Maggard of Blackey, Sylvian Maggard and Paula Lewis, both of Eolia, and Michelle Meade of Castlewood, Va., 14 grandchildren, and three great-grandchildren. The Maggards are pictured on their wedding day (above) and at their anniversary party (below). 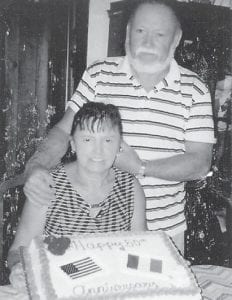