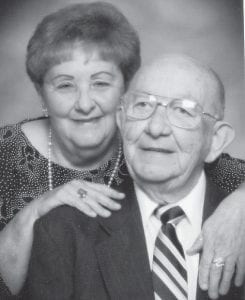 Paul Bernard and Etta Mae Crook Jarrett will celebrate their 50th wedding anniversary on June 22. The couple were married June 22, 1958 in the Presbyterian Church in Royal Oak, Mich., by Bill Gougan. They have three children, Debbie Simerson and Sondra Borske, both of Saginaw, Mich., and the late Randy Cullen Jarrett. They have three grandchildren, Nick Simerson, Bay City, Mich., and Tim Borske and Kim Borske, both of Saginaw, Mich., and three great-grandchildren, Joshua, Jackson Simerson, and Kalib Michael. Paul and Etta Jarrett met when she worked at S.S. Kresge and he worked at National Tea Grocery across the street. He retired from Super Foods Grocery in Bridgeport, Mich. 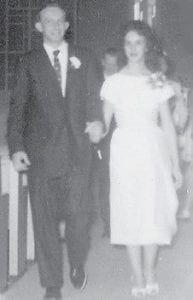