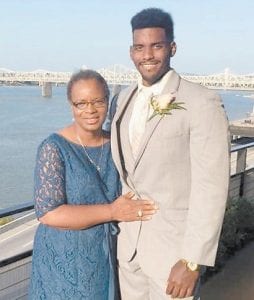 Gwen Christon is pictured with her son Simon Christon.

Of all the families in our little community that needs everybody’s prayers right now, in my opinion, Terry Wilson’s family is at the top of the list. As I type this on Monday the last news I had was he is with Hospice Care in Hazard.

Sandra, his wife, has been there with him since Wednesday of last week. Sandra has been through so much this past year.

Her mother, Imogene Sexton, was diagnosed with pancreatic cancer in the spring of 2019 and about eight months later passed away, one day after her 89th birthday. Sandra, along with their two daughters and their families, plus Terry’s family would surely appreciate it if everybody would pray for his and their comfort throughout all this.

Terry Wilson, Sandra Sexton Wilson, and I all three graduated from Whitesburg High School in 1975. It seems impossible that we are now ready for our retirement years. This past summer my husband and I stopped at their yard sale and instead ended up just sitting around reminiscing. He didn’t look one bit sick then. It’s so hard to believe a person could be that bad off and never know it. 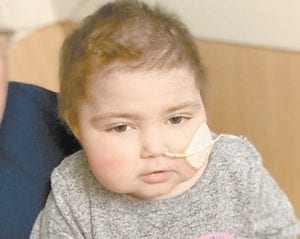 The Begley family here on Colson is another family that needs everybody praying for them. This past year they went through their niece, Cecilia Swiney, and her sister going through the wreck that almost took Cecilia’s life. Then their brother, Therman Begley, passed away. Now, as I’ve mentioned before, one of their sisters, Edith “Ett” Begley White, is in the Hazard ARH. She is doing a lot better and is now on the Rehabilitation Floor. She has had a few problems with A Fib on top of the problems with blood clots. She does still have a long way to go and isn’t allowed to get up by herself just yet. Her sister-in-law Gwen Begley or her brother Leonard Begley keep me informed and if they don’t I just message them to find out. Ett, girl, I just hope you know how much our family is thinking about you and praying for you.

Oh, I have to tell you all what God just now did for our family! Charlene and Rick’s boy, Blake Mason, and his two kids, Tucker and Chesnee, and one of Tucker’s friends were just in a terrible wreck on Sandlick. Both vehicles were totaled. Blake’s looks like it has been hit by a semi. They were all checked out at the Whitesburg Appalachian Regional Hospital. Blake’s family is OK, but the other boy is being taken to Johnson City for precautionary measures. They are having problems with his heart rate and blood pressure. His name is Christian Hughes. We are all so thankful it wasn’t any more serious than this. 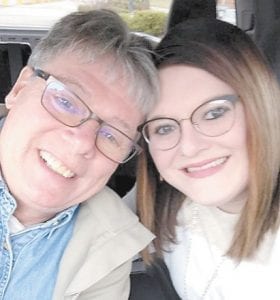 More good news comes from a post by Michelle Webb:

“Day: 326 since diagnosed with AML Leukemia

Day: 58 since relapse with AML Leukemia

Laney is still doing good. Snotty nose and a cough, but her team is keeping an eye on her. She will be turning 4 in 12 days.

Several people have asked me for an address for Laney so I attached it to her picture.

Thank you for all your love, support & PRAYERS!”

A few months ago I told you all about a family in my church at Letcher Independent Baptist who had lost everything but their lives in a house fire, William and Kathy Runyon from Route 7. Well, they now have their new home, a doublewide, set in place, but they are waiting for all the things to be hooked up before they can move in. They are having a household shower the 2nd of February at the Shriners’ building in Whitesburg at 3 p.m. If you need any information on what they need, just message them on Facebook.

A few celebrations that need mentioning are first of all, Gwen Christon’s birthday on the 19th. Gwen never meets a stranger, never seems to be in a bad mood, and loves her God and her church. I could go on and on, but she wouldn’t want me to. Yesterday as we went through the deli line at IGA where she was serving, we stopped and sang “Happy Birthday” to her. We love you, Gwen and Arthur.

Another thing to celebrate was the baptism of Tyler Watts, or as some know him “Post-It Picasso”.

He was baptized Sunday the 19th at Blair Branch Old Regular Baptist Church. There were pictures posted on Facebook.

There are so many things going on at the Letcher County Extension Office and, as I said last week, they now have all their events broadcasting on the Letcher County Government Channel if you are on the TVS cable system. Their seeds and plants they distribute will be coming in soon. When I see the strawberry plants it always reminds me of a “little white lie” I told my Mommy once when I was just a little girl.

It goes something like this. Once Daddy had this bright idea of planting strawberries in a little patch we had beside the house that wasn’t good for anything else. Well, of course he researched how to grow them and, lo and behold, they were heavy on the vines. I picked a few that were green and found out they were delicious. Mommy caught me somehow, you know how mommies are about having eyes in the backs of their heads. She told me if she caught me again she would give me a “whoopin’”. Well, you know once you get a taste for something if for some reason you can’t have it anymore that makes it just that much worse. And, I guess you know I had to get me some more. I came around the corner of the house one day, after I had been in the patch without anybody seeing me, and I had a whole handful of green strawberries.

They weren’t little either so they kind of stuck out of my hand here and yonder. There stood Mommy on the kitchen porch and she just made that look at me. I tried my best to act innocent and that just made it that much worse. She asked me, “Jeanette, what have you got in your hand?” I knew better than to say, “Nothing”, ‘cause it was plain as day there was something green in my hand. So, the best thing I could think to say was, “Little green worms.” She said, “Let me see.” So, I got me a good “whoopin’”. Never did like green strawberries much after that and I don’t think I got in the patch anymore either until they ripened.

The rec center has been full of people this month. I’ve seen lots of new faces coming to some of the exercises classes they have going on. It does my heart good to see so many people using the facility. People of all different ages are there all throughout the day. I’m there early in the mornings with the Letcher County Senior Citizens and also go upstairs to use the equipment and that’s when most of the Seniors are there. Our director at the Senior Citizens has started lots of new activities. Wednesdays at 10 a.m. she has had us singing gospel songs. Fridays at 10 a.m. we are playing charades and some of them had never played that before, but ended up loving it. All in all though, I think they would rather just play cards.

Okay, once again I’ll beg you to pray for our pastor, Bill Jones, and his family. Also, remember all the others that are grieving for their loved ones.

Mom was looking at some of her pictures this past week and we came upon one of Oma. She smiled and said, “And there’s my friend, Oma.” Please remember her plea, find yourself a church Sunday to attend. Remember if your church has services Sunday evening or throughout the week, be there then, too.