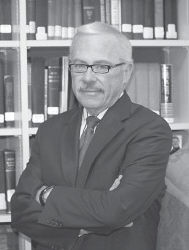 Bob Barr’s Libertarian Party bid for the White House is the longest of long shots, but political experts say he may be able to exploit the unease some die-hard conservatives still feel about Sen. John McCain, the Republican nominee-in-waiting. Combined with the surge in turnout among Democrats during the primaries and a difficult political climate for Republicans, they see what could be a recipe for trouble for the GOP.

“Bob could be the Ralph Nader of 2008,” said Dan Schnur, a GOP consultant in California who worked on McCain’s 2000 campaign but is not involved in this year’s contest. Consumer advocate Nader is the third-party candidate many Democrats blame for helping George W. Bush narrowly win in 2000.

Rep. John Linder, a Republican who defeated Barr in 2002 after Georgia’s Democratic-controlled Legislature redrew congressional boundaries to put the two lawmakers in the same district, said he didn’t think Barr would top 4 percent of the vote.

“But in some states that may be enough,” Linder said.

Democrats seem gleeful at the prospect. Tad Devine, a Washington based Democratic strategist, said Republicans “are crazy if they aren’t worried about Barr.”

“Undoubtedly any votes he gets come out of McCain’s votes,” Devine said. “He hurts them.”

Barr, a former federal prosecutor, was swept into Congress with more than 70 other House GOP freshmen in 1994. An articulate, sometimes outspoken orator, he gained attention as the first lawmaker to call for Clinton’s resignation over the Monica Lewinsky scandal and was one of the House prosecutors who pressed the impeachment case in the Senate.

Barr also was known during his four terms in the House for his opposition to softening drug laws, including the medical use of marijuana, and his support for gun rights. He tried unsuccessfully to bar military bases from according witchcraft adherents the same accommodations as other religious worshippers.

Even after Clinton left office, Barr continued to pursue him. He asked congressional investigators to study the extent of White House damage done by departing Clinton staffers and tried to build a “Counter Clinton Library” in Little Rock, Ark. He filed a $30 million lawsuit against Clinton, adviser James Carville and Hustler magazine publisher Larry Flynt for causing him “emotional distress” in retaliation for the impeachment proceedings.

Some Republicans aren’t worried about Barr’s candidacy. Former House Speaker Newt Gingrich said voting for Barr is the same as voting for Democrat Barack Obama, and said he’s confident most GOP voters will understand that.

“No reasonable conservative is going to vote for anyone except McCain,” Gingrich said.

Even so, Barr campaign manager Russell Verney said he expects Republicans to mount chal- lenges to keep Barr off the ballot in a number of states, much like Democrats did to Nader in 2004.

Verney was campaign manager for H. Ross Perot, who rocked the political establishment with his 1992 independent presidential bid that drew 19 percent of the vote.

The Libertarian Party hasn’t cracked 1 percent of the national popular vote in a presidential race. But it bills itself as the thirdlargest political party and is already on the ballot in 30 states, with petition drives this summer aiming at 20 others.

Democrats also have had success knocking third-party candidates of the ballot in Pennsylvania, considered a swing state.

But Barr may have the most impact in his home state of Georgia, where he is still wellknown.

In recent years, Barr has earned a reputation as an iconoclast. A National Rifle Association board member, Barr has joined with the liberal American Civil Liberties Union against the Bush administration-backed Patriot Act and reversed himself on medical marijuana use, now lobbying in favor of it.

He said it is the unchecked growth of government that led him to abandon the GOP two years ago.

In the coming weeks, Barr plans to open a campaign headquarters in Atlanta.

“I think John McCain is going to have to battle for Georgia, a state that was a gimme for George Bush,” said Matt Towery, a former Republican state lawmaker in Georgia who runs a political media company.

Georgia and its 15 electoral votes have been expected to go Republican on election night, and McCain spokesman Jeffrey Sadosky said he remained confident they still would.

Still, the enthusiasm Obama has generated among Georgia’s large black population continues to worry McCain strategists. Far from writing off Georgia, Obama has a campaign team registering voters and is airing a TV ad in the state.

Barr scoffs at talk that he will play spoiler, saying he is in the race to win it and it won’t be his fault if McCain loses.

“If Senator McCain is not successful, it will be because his message and his vision did not resonate with a plurality of the voters,” Barr said in an interview with The Associated Press.

Barr also hopes to tap into the zealous grass-roots network of Rep. Ron Paul, who recently dropped his bid for the GOP presidential nomination and pledged to support “Libertarian leaning Republicans.” Paul, a Texas Republican who ran for president on the Libertarian Party ticket in 1988, drew hefty campaign contributions online, but did not win any primaries.