The slow-starting 2015 race for governor finally began last week in a noisy factory on the north side of Lexington, where former Louisville Metro Councilman Hal Heiner declared his candidacy.

Heiner has personal wealth, plenty of time and some savvy friends, so he will put more pressure on the early front-runner, Agriculture Commissioner James Comer, to join the race at least informally — by saying he will run but will let the November elections pass before naming a lieutenant-governor candidate and taking money. And regardless of Comer’s status, the Republican activity will put more pressure on potential Democratic candidates to compete for attention and support, and to move up their own timetables.

The Democratic race has been slower than usual to start, partly because the party is focused on trying to beat Senate Republican Leader Mitch McConnell with Secretary of State Alison Lundergan Grimes this fall. Kentucky Democrats seem more united and excited about this Senate race than any since Wendell Ford ran for senator when he was governor 40 years ago. 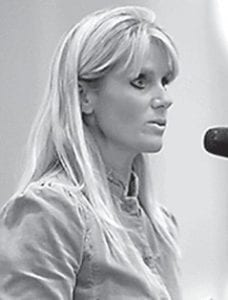 Comer spurned McConnell’s urging to start the 2015 race, but Heiner needed to start early, because he has little name recognition beyond Louisville. A memo describing a poll, apparently paid for by allies of Comer, said he led Heiner 42 percent to 14 percent among Republicans in late February, with an error margin of 4.9 percentage points.

The pollster’s memo didn’t say if the survey tested support for Cathy Bailey, former ambassador to Latvia, who has said she is very likely to run. That would be bad news for Heiner, since Bailey is also from Louisville. 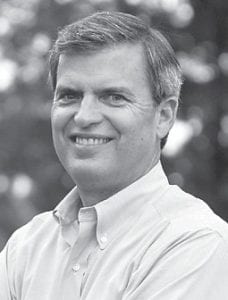 Bailey has been Kentucky’s Republican national committeewoman and finance chairman for the state Republican Party, but Heiner boasts some key members of the state’s GOP establishment.

They include former McConnell state director Larry Cox, who worked a while for Comer but quit, and talks about the maturity of Heiner, who at 62 is 20 years older than Comer; and former state party chairman Robert Gable, who beamed as he handed out Heiner stickers at the announcement and introduced the running mate — K.C. Crosbie, former Lexington councilwoman and current GOP committeewoman, who ran a strong race for state treasurer in 2011.

With that sort of establishment profile, Heiner and Crosbie sounded a bit off-key as they repeatedly attacked “the status quo” and “insiders” in their announcement speeches. Of course, they were referring to Democrats who have held the governor’s office for 39 of the past 43 years, and citing the state’s chronically dismal statistics in health, education and job opportunities.

“ When our children finish education, the best job for them is likely in another state,” Heiner told the crowd at Star Manufacturing. His speech sounded much like the one he read to directors of the Kentucky Chamber of Commerce in January, when he said examples for Kentucky to follow are Indiana and Tennessee, where regulators “work with businesses to speed their growth.”

Heiner’s tale of woe was questioned by chamber director Tracee Whitley, chief operating officer of Bingham McCutchen, who runs the Boston-based law firm’s new global services center in Lexington. “We have had an incredibly different experience,” she told him of the firm’s recruitment, saying Kentucky “has very significant strengths, especially in the Louisville and Lexington areas.”

Bingo. Those cities, and some smaller ones, are attractive places for high-quality employers. But most of the state is not, largely because it is under-educated. That largely urban-rural divide is reflected in Republicans’ primary race toward May 2015.

Heiner is the urbanite who has spent his entire adult life in the private sector, and resembles businessmen-turned-governors like Bill Haslam in Tennessee, Pat McCrory in North Carolina and former Gov. Mitch Daniels of Indiana.

Comer is a farmer from rural Monroe County and has followed a traditional route, serving in the legislature and now in a lesser statewide office. But he’s made the most of it, cleaning up an abused agency, getting the legislature to legalize industrial hemp — and setting an independent course in a party that’s been hidebound by tradition, acting more like Sen. Rand Paul than McConnell.

A Comer-Heiner slate would have been a powerful, rural-urban combination, but each of them wanted the top spot.

That sounds much like two Democrats who would like to be governor, Attorney General Jack Conway and former state Auditor Crit Luallen, Conway’s former boss and godmother to his first child.

Luallen has kept delaying her decision about the race, citing the need to focus on the Senate contest. If she doesn’t run, current Auditor Adam Edelen surely will. Former Lt. Gov. Daniel Mongiardo is among other potential entrants.

Democratic consultant Danny Briscoe, who worked for Crosbie’s nonpartisan campaign in Lexington, says he thinks all the Democrats are delaying because they fear they can’t raise enough money to finance a long primary campaign. “None of ‘em can afford a race this long,” he said.

But it will be hard for to them to stay out of it when they see Heiner and Comer canvassing the state and gaining support from fundraisers and contributors who are open to approaches from candidates in both parties. To raise money, gubernatorial candidates need running mates, and the betting here is that we will see the first Democratic slate before Memorial Day.

Al Cross is director of the Institute for Rural Journalism and Community Issues and associate professor in the University of Kentucky School of Journalism and Telecommunications. His opinions are his own, not UK’s.