‘Gramps’ will explain Sixties to teen 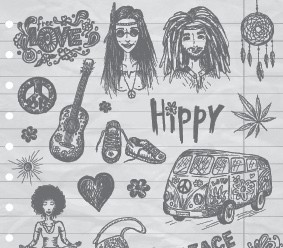 A nice young lady who told me she was a high school student in Berea called and said she wanted to interview me but she didn’t want her name in the newspaper even though she’d need to put mine in the paper she was writing for a history class.

I told her that I understood, “Because I wouldn’t want my name mentioned in this column either.”

She told me she was writing about “the Sixties” and wanted to know what I thought about them.

I told her I was only half way through them, but, “So far they didn’t have a lot going for them unless I could find a way to take some joy from, poor hearing, bad eyesight, diabetes, having strokes and getting along with my ever-present companion, Mr. Parkinson.”

Then she said, “No I’m talking about the 1960’s that happened like in the last century.” Someone had told her I was a teenager way back then.

I said, “Well, Sweetheart, for one thing we said ‘like’ a lot too, and I’m kinda glad to see it coming back into the language.”

She said, “Cool. If you’re going to call me Sweetheart, can I call you Grandpa ‘cause you sound just like my Gramps in Oklahoma and he calls me Sweetheart because he likes to go to the rodeo.”

And I said, “Cool. We invented that word too.”

She said, “Tell me about the music you liked.”

I said, “Well, The Beatles came along about the time I hit puberty and forever changed the sound and shape of rock and roll.”

I said, “ Yep, them too. Pinball Wizard was an anthem of the sixties.”

“I mean who were The Beatles?” she asked. “And what’s a pinball?”

And I said, “Both bands were from across the pond. And pinball machines begat those video arcades and computer games you kids like so much these days.”

And I said “ The only things that were awesome to me in the Sixties was the Grand Canyon and old issues of National Geographic.”

She said, “What about hippies? I saw some of them in an old issue of National Geographic.”

I said, “Hippies were begat by beatniks and hep cats. Hippies actually started out as beatniks who started saying they were ‘hip’ to stuff instead of ‘hep’ to it.”

Sweetheart said, “Oh I see,” but I could tell she didn’t because her next question was, “How were hippies different from, say, rednecks?”

I said, “ Well neither side had much good to say about the other but basically rednecks wore white socks and drank Blue Ribbon beer with their pot. Hippies wore sandals without socks and drank Boone’s Farm Strawberry Hill wine with theirs.”

She said, “ Would you mind if I came out and recorded an interview with you, Grandpa? That would be totally awesome.”

And I said, “Yep. I‘m cool with that Sweetheart.”

But we decided to wait a week until the globe gets a little warmer to set a date. I figure my new Sweetheart will do the recording with her cell phone and that maybe she can show me how to make email and Netflix work on the new Android tablet I got for Christmas while she’s out here.”

Columnist Ike Adams is a native of Blair Branch at Jeremiah.