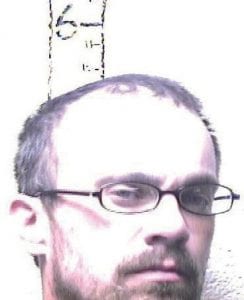 If you’re in possession of a stolen sawmill you might want to hide it somewhere other than inside your living room if you don’t want to face criminal charges.

What — a stolen sawmill in a living room? That’s what the Letcher County Grand Jury said last week when it returned felony indictments against two men, charging each with receiving stolen property after a Hud-Son portable sawmill was found in the living room of a home at Little Colley, near Isom.

The charges date back to February 23, when Kentucky State Police Trooper Tyler Smith, acting on a tip, visited the Manix Drive home of 46-year-old Robert Leon Johnson and found the sawmill in the living room.

According to court documents filed in connection with the case, Trooper Smith visited Johnson’s home after the owner of the sawmill, Scott Watson, was told it was being stored there.

“The victim in the case contacted me and advised that (he) had heard from someone who wanted to remain anonymous that one of the stolen items, a Hud-Son sawmill, was at this location,” Trooper Smith writes in an arrest citation. “The victim advised me that a Jason Griffie had brought it to the residence and a Robert Johnson is who had it there.” 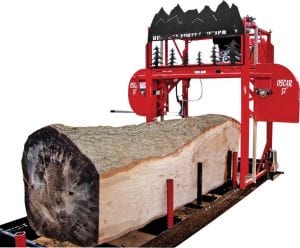 Pictured is a Hud-Son portable sawmill. Indictments naming Jason Griffie and Robert Leon Johnson make no mention of which model of sawmill was recovered from the Little Colley home where Johnson was staying at the time he and Griffie were arrested.

Johnson and Griffie, of Pike County, each was charged on that February night with one count of receiving stolen property valued at less than $10,000. On March 7, the charges against Johnson and Griffie, of 173 Redale Road in Pikeville, were “bound over” to the grand jury, which returned the indictments charging the two men on April 4.

Griffie, who was indicted earlier this year on a flagrant non-support charge, was also indicted last week on a charge of being a second-degree persistent felony offender.

Trooper Smith writes in court documents that Griffie made a “recorded statement,” in which Griffie said a man he identified as Gary Mitchell Combs transported the sawmill to Johnson’s home. According to Griffie, Combs had asked Johnson to repair the equipment for him.

In December 2017, Griffie, then living at Low Gap Branch, also at Little Colley, was indicted on charges of receiving stolen property, possession of burglary tools, and possession of a prescribed controlled substance not in its original container.

The grand jury last week also indicted Johnson on charges of giving an officer false identifying information and with being a persistent felony offender in the first-degree.

According to Trooper Smith, Johnson told him his last name was Jones. Smith said Johnson also gave him a fake Social Security number.

• Robert P. Cook, 30, of 1734 Smoot Creek, Whitesburg, is charged with operating a vehicle under the influence of alcohol/drugs (fourth offense within 10 years), operating a vehicle with a suspended/revoked operator’s license and use/ possession of drug paraphernalia.

Cook is also charged with refusing to submit to chemical testing of his blood when requested to do so by KSP Trooper Tyler Smith.