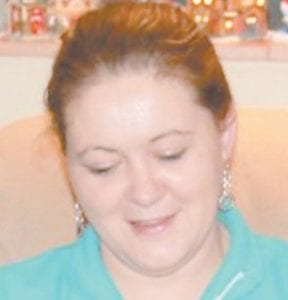 A 34-year-old Linefork woman is charged in an indictment with stealing $32,240 from a beer and tobacco store in Whitesburg.

Susan Faye Sturgill Meade (also known as Susie Sturgill Meade), of 11010 Highway 160, is charged with one count of theft of more than $10,000 in an indictment returned March 28 by the Letcher County Grand Jury. The grand jury says she stole the money from sales proceeds that should have gone to Ervinia Haynes, owner of the East Kentucky Discount Tobacco and Beer Store of Whitesburg. The jury said the crime occurred from November 1, 2012 through January 15, 2013.

Sources knowledgeable about the case told The Mountain Eagle that Mrs. Meade had been a trusted employee at the store until late December, when Mrs. Haynes noticed an incentive or “buydown” payment she received from a tobacco company was much higher than the recently opened store’s computerized daily sales report had indicated.

After becoming concerned about the discrepancy, Mrs. Haynes installed video surveillance cameras that collected images of Mrs. Meade allegedly manipulating a computerized cash register so that it would not report at day’s end many of larger cigarette and beer purchases even though the money had been collected from customers and placed inside the register. Mrs. Meade allegedly was then able collect the illegal gains by pocketing the money that did not show up on the endof day report.

Kentucky State Police Detective Billy Pollard testified in the case before the grand jury voted to return the indictment, which was one of five the jury handed up to Letcher Circuit Judge Sam Wright on March 28.

Mrs. Meade, a mother of two children, was in the news in 2008 when she filed a wrongful death suit against Cumberland River Coal Company in connection with the death of her former husband, Roy Sturgill II, after Sturgill was killed in a highwall accident at a surface mine at Eolia. The suit was settled in U.S. District Court in Pikeville in March 2010.

Of the four other criminal indictments read in open court last week by Judge Wright, three were returned by the grand jury as a result of probes by investigative agencies. One was returned after the jury heard testimony from a private citizen.

Others named and the charges against them were:

The grand jury says Terry, 48, of 279 Professor Drive, Premium, and 279 Professor Drive, Whitesburg, was driving an automobile on Dec. 8, 2011 while under the influence of drugs when he seriously injured Donald Anderson and Tony Stanley, a passenger in Anderson’s truck, and Janet Adams, a passenger in the Terry vehicle. He is charged with crossing the lane into oncoming traffic and striking a 1994 Ford F-150 fourwheel drive pickup truck driven by Anderson, which then collided with a 2011 Chevrolet 2500 heavy duty pickup truck and tandem axle cargo trailer driven by Franklin Bentley with passenger Wanda Bentley.

Crase, 33, of 29 Sergent Road, Whitesburg, is accused of being under the influence of a controlled substance and creating a risk of fighting or violent behavior or making unreasonable noise on Jan. 30. She is also charged with threatening physical force against Jenkins Police Chief Roland Craft to prevent him from arresting her, and with possessing Oxycodone.

Ray Jensen testified in the case.