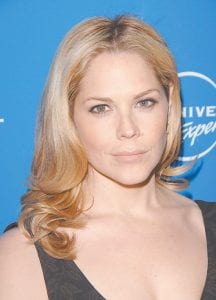 These may not be the best of times for the United States, but they’re great for USA.

The cable channel that is home to the fussy detective story “Monk,” the mismatched marshals of “In Plain Sight” and professional wrestling is booming, and it couldn’t be more opportune for parent company NBC Universal considering how its namesake broadcaster is suffering.

USA averaged more than 3.2 million prime-time viewers during the first three months of 2009, more than any other cable network in history and even more than the fifth broadcast network, the CW, according to Nielsen Media Research.

The more important number is $1 billion. Those are the profits USA and its cable sister, SciFi, contributed to NBC Universal’s bottom line last year. (The company won’t break out those two networks individually.)

“USA is the single biggest asset that we currently have at this company,” said Jeff Gaspin, president and chief operating officer of NBC Universal’s cable entertainment group.

A new season of “In Plain Sight” debuts next Sunday on USA. So does the drama picked up from NBC, “Law & Order: Criminal Intent.”

Along with being a success that has its eighth and final season this summer, “Monk” set a template for USA that will continue.

“Monk” was already in place, and doing well, when Bonnie Hammer took over as the executive in charge of USA five years ago. Hammer did some consumer testing, though, and some of the results were tough to take.

USA might seem like a coveted name for television, with the American flag a potent symbol. Yet USA didn’t really stand for anything as a network; some people likened it to an old shoe, and the American flag USA was using as an on-air calling card was polarizing (so the network dropped it).

Most cable channels, like SciFi, appeal to a niche audience and the constant goal of operators is to expand it by making their image less specific. USA wanted to do the opposite.

“We wanted to take a hugely successful network and make it feel more like a club,” Hammer explained.

They settled on the slogan “characters welcome” to use as both an image that viewers would have when they turn to USA, and as a guide for the kind of programs USA would seek for the future. Tony Shalhoub’s OCD Monk, for example, is clearly a unique character. So is the non-psychic police consultant in “Psych.” The lead in the upcoming “Royal Pains,” which debuts June 4, is a doctor on call to wealthy people.

The idea is to find a quirky character to build mostly lighthearted dramas around. “We wanted good, smart escapism, a little blue sky,” Hammer said.

The same principles were applied to broadcast reruns acquired from the syndication market, and this is where USA really hit the jackpot. One is “House,” still a hit with original episodes on the Fox broadcast network, where the oddities of Hugh Laurie’s lead character are well documented. “NCIS” was a hunch that paid off handsomely: Seven of the 17 mostwatched programs on cable TV the week before last were “NCIS” episodes, and the originals are exploding in popularity on CBS.

The focus on characters is both specific yet broad enough to encompass the dumped Debra Messing in “The Starter Wife” and all of the cartoonish leads put forth by World Wrestling Entertainment.

“They have the perfect formula for the current state of the economy,” Gaspin said. “We want a relief right now from the day-today, not more angst and depression.”

Because it introduces only a handful of new series each year, USA executives have time to choose what is right for them and time to promote them. As a result, USA has a better success rate than broadcasters: of the six series that have debuted since Hammer started, only two (one developed by her predecessor) failed to make it to a second season. If one-third of the new series a broadcast network introduces makes it beyond the first year, that’s considered a successful development effort.

To entice stars, a broadcast network can offer a bigger potential audience and payday if the series becomes a hit. Yet the advantages of USA and other cable networks are becoming increasingly attractive.

“We offer a level of freedom and a level of security,” Hammer said. “We can push the envelope. They know that if a cable channel commits, they’re going to commit to more than six episodes.”

The dried-up advertising market is causing broadcasters to turn to cheaper programming, while cable networks like USA earn prestige and money by doing the sort of high-profile original programming broadcasters are turning away from, said Derek Baine, senior analyst at the research firm SNL Kagan.

The pressure for USA will be to keep it up, to keep spending money and increase the amount of original programing it offers, he said.

The exponential growth of DVR usage could hurt USA in the future. USA still airs a large amount of broadcast network reruns, the kind of “there’s nothing else on” programming that viewers will become less dependent upon when they have a full queue of recorded shows to choose from.

USA’s formula for success stands in stark contrast to what’s going on at broadcast sister NBC, a fourth-place network that seems to be missing the sharp focus that USA’s managers have.

“I think any broadcaster can learn from the success of USA, not just NBC,” Gaspin said. “Brands don’t have to be limiting. They can invite an audience to remember a network in another way.”