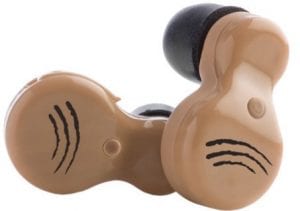 A proposal designed to make hearing aids more affordable has generated resistance from an unlikely quarter: a gun rights group.

Gun Owners of America is organizing opposition against the bill, because it believes the measure would change the way certain hunting products are regulated.

Its skepticism underscores some gun rights enthusiasts’ desire to keep the government far away from of gun regulations. The group, which has 1.5 million members and fashions itself as a no-compromise alternative to the National Rifle Association, is questioning the bill because it’s concerned about federal bureaucracy creeping into hunting, said its executive director Erich Pratt.

Pratt added that another reason the gun group is concerned about the measure is because it’s co-sponsored by Democratic Massachusetts Sen. Elizabeth Warren, a liberal who supports gun control measures.

A bipartisan group of senators introduced the measure. They have said the rule change would allow hearing aids intended to compensate for mild to moderate hearing impairment to be sold over the counter, rather than by prescription.

Gun Owners of America worries the legislation could include hearing enhancement devices that hunters use to better track game in its definition of an over-the-counter hearing aid, Pratt said. That could give the U.S. Food and Drug Administration regulatory authority over at least some aspects of hunting, he said.

“We’re asking Congress to make it clear that the regulation of hearing aids will not apply to those devices used by gun owners,” Pratt said.

Sen. Charles Grassley, an Iowa Republican who introduced the bill with Warren, said the proposal wouldn’t affect hunting tools in any way.

Grassley said the legislation is intended to counter the fact that less than one-sixth of people with hearing loss use assistive technology such as hearing aids. He, Collins and Warren contend that cost is a prohibitive factor and their bill will help the more than 40 million people with untreated hearing loss.

Warren said the proposal “will make a life changing difference for the millions of Americans with untreated hearing loss who don’t have access to hearing aid technology.”

The Food and Drug Administration has made clear the bill wouldn’t compromise personal sound amplifiers that hunters use, Grassley said. However, language will be drafted to make clear that such devices are not affected just to be safe, he said.

The National Shooting Sports Foundation is keeping an eye on the legislation, said spokesman Mark Oliva. The group favors “addressing preventing (hearing) loss and not regulating devices that are clearly not medical hearing aids,” he said.

When asked about the hearing aid bill, a spokesman for the NRA said the group is concerned about hearing loss for sportsmen.

The hearing aid bill has found support elsewhere, including from AARP. It’s also supported by the Hearing Loss Association of America, the Consumer Technology Association and the Gerontological Society of America.