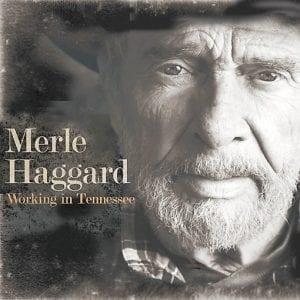 During his six-decade career, Merle Haggard occasionally has released albums that sound tossed together, with less planning or depth than his monumental works. It’s a testament to Haggard’s talent that even his trifles can be as entertaining, as is his new “Working In Tennessee.”

Nothing here measures up to his classic “Working Man Blues,” which he re-records here as a duet with Willie Nelson. But after battling heart problems recently, he seems determined to enjoy himself.

The title song represents Haggard at his loosest and most joyous. Closely mimicking his hero Bob Wills, he captures all the sprightly joy of classic western swing, even if the lighthearted lyrics sound like he’s creating them on the spot.

Similarly, the rambling social commentary of “What I Hate” sounds as if he jotted it down ten minutes before recording it, but it nonetheless reveals a legend’s active engagement in the world around him.

CHECK OUT THIS TRACK: On the ballad “Sometimes I Dream,” Haggard describes a bleak psychological portrait of a man too burned out to try to repair a relationship — or to even feel much joy or sorrow. But he counters the depression with a chorus that says, every once in a while, he fantasizes that somehow he could love again.