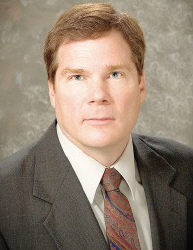 The company said the move is part of a corporate reorganization strategy to meet the demands of an expanding global market.

Hargrove most recently served as president of Pocahontas and Carter Roag coal companies – both UCC subsidiaries – based in Beckley and Mill Creek, W.Va., respectively. Prior to joining UCC, he was director of process improvement for Lone Mountain Processing in St. Charles, Va., a subsidiary of Arch Coal Inc.

“We are pleased to have Keith once again leading Sapphire’s operations,” says Michael Zervos, president and chief executive officer of UCC. “His expertise and experience are invaluable, and he will continue to play a key role in helping our company meet the challenges of an ever-increasing product demand.”

Hargrove earned a bachelor’s in mining engineering at Virginia Polytechnic Institute and State University in Blacksburg, Va. He holds certifications as a professional engineer and an underground foreman in both Virginia and Kentucky. He is a member of the Society of Mining Engineers.

“I am excited about rejoining the team at Sapphire,” Hargrove says. “We already have a dedicated, professional staff, outstanding working relationships and high performance standards. I look forward to working together to maintain – and surpass – our award-winning safety and production records.”

Hargrove and his wife, Barbara, have two grown children.

UCC is a privately held company with subsidiaries in West Virginia, Virginia and eastern Kentucky.