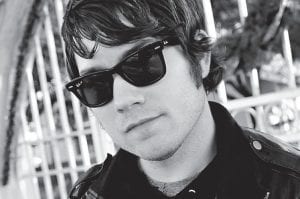 The concert will be held in the Letcher County Tourism Building on Main Street (the old Whitesburg Post Office) and will begin at 7 p.m. Also performing will be guests Whiskey Valentine, Russ Gri$wald, Danny Ocean and Matt Evans. Admission is $10, and doors open at 6:30 p.m.

Heavy, Heavy, Heavy, Heavy Heart is available for download on iTunes and at Amazon.com. The new album has been drawing critical acclaim in the emoalternative rock circles since it was released January 24.

“ JT Woodruff takes a break from the angstriddent musial stylings of Hawthorne Heights and shows off his softer side,” says HevyPetal.com. “Like many front men before him who have attempted solo projects, Woodruff proves that he has another side to show besides Hawthorne Heights.”

Hawthorne Heights were formed in Dayton in 2001 and have had two or their albums achieve “gold” certification, including their 2006 release If You Were Only Lonely which reached No. 3 on the Billboard Top 200 album charts.

In an interview with the website PropertyofZack.com, Woodruff said some of the songs that appear on the new album “cover some rough times, but maybe they can help other people who have dealt with similar issues.”