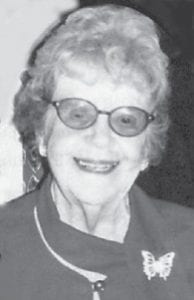 Born in Mount Sterling to the late Landen and Mamie Shelton Summay, she was the widow of Cossie Quillen, and later married Bill Blair, who also preceded her in death.

She was a sister of the late Russel Summay, Wells Summay, Stanton Summay, Clemie Caywood and Nancy Skaggs.

Funeral services were held January 23, at Everidge Funeral Home in Whitesburg. Burial was in Wright Cemetery at Seco.