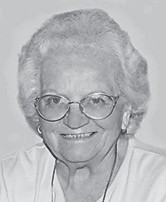 A daughter of the late Steward and Henrietta Rose Crim, she was born in McKeesport, Penn. She died December 13 at her home in Shelbiana.

She was a former medical records director at Whitesburg Appalachian Regional Hospital, and was the widow of Brack Quillen.