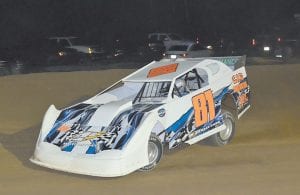 The Sprint Cup Series has long been known as a sport where different organizations find a little something that gives them the edge on race day, and in the process they begin to not only dominate on race day but also in the point standings. Hendrick Motorsports is now one of those organizations that is enjoying a streak of success in the sport that we haven’t seen in several seasons.

Jimmie Johnson’s win on Sunday at Michigan was the fifth straight points-paying trip to victory lane for Hendrick Motorsports (HMS) that began on May 10, when Jeff Gordon won at Kansas. That win was followed up by back-to-back wins by Johnson at Charlotte and Dover. Following Johnson in the parade to a HMS victory lane was Dale Earnhardt Jr. at Pocono.

This kind of streak is nothing to new for Hendrick as it is the third time that the multi-car operation has strung together at least five wins with its Chevrolets. It accomplished it twice in the 2007 season with one of those streaks reaching six wins. The streaks contributed to HMS celebrating a highly successful season as Johnson won his second Cup title over teammate Jeff Gordon by 77 points.

Sunday’s Michigan dominance also showed up in the final finishing order as all four Hendrick drivers finished in the top seven. Kasey Khane finished fifth and was followed by Gordon in sixth with Earnhardt Jr. coming home in seventh. Khane’s finish may have been another very positive sign for HMS as he is the only driver yet to post a win this season. A win by Kahne would send all four drivers to the Chase as Johnson’s three victories are top in the sport with Earnhardt Jr. also having posted multiple wins this season with two. Gordon has a win on the season, which all but guarantees his place in the Chase.

Further cementing Hendrick as “the” organization in the series at this time is the success that Stewart-Haas Racing (SHR) has enjoyed this season. SHR gets its engines, chassis and technical support from HMS and that has proven to be a huge advantage. Like HMS, Stewart-Haas also fields four teams in the series as it added another team this season for Kurt Busch who has already won a race. Kevin Harvick, in his first year in the organization after spending his entire career with Richard Childress Racing, has posted two wins and has been one of the most dominating drivers this season.

The other major organizations that compete in Chevrolets are Richard Childress Racing and Chip Ganassi Racing. The two together field five cars in the sport and both organizations are still looking for their first win of the season. Rookie Kyle Larson, who sits eighth in the points, is the highest ranked Ganassi driver while Ryan Newman leads the way at Childress in 11th.

The true measure of dominance by any organization or manufacturer is found in the Chase seedings and at this time Chevrolet can boast that it holds half of the spots in the 16-driver field. Larson, Newman and Menard join the other Chevrolet drivers that have posted wins by their positions in the points at this time. They sit 12th, 13th and 14th and could easily move up with just one win. The rest of the breakdown in the Chase seedings has both Ford and Toyota with four drivers.

PIT NOTES: Richard Childress Racing is the latest Sprint Cup organization to be linked to where Carl Edwards may end up for the 2015 season. There was no offi cial word from either party if an offer was made, but apparently Edwards is still searching for a seat for next season as his current owner Jack Roush gave no hint in an interview at Michigan that he had any plans on resigning him for next season. That now leaves Joe Gibbs Racing as the last major name being linked to Edwards’s services for the 2015 season.