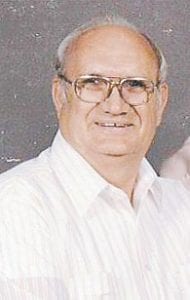 Born in Democrat to the late Samuel C. Sergent and Pollyann Taylor Sergent, he was the widower of Wanda Faye Day Sergent.

He was a retired police officer with the Chicago Police Department after 30 years of service, a member of the Illinois Police Association, and an U.S. Army veteran of the Korean War.

He was a life member of the Chicago Veterans of Foreign Wars, and a member of the William McKinney Masonic Lodge #876 and the Medin ah Temple AAONMS Shriners of Chicago, Ill.

Mr. Sergent was a member of the Eastwood Baptist Church.

Online condolences can be made at www.thejhchurchillfuneralhome.com.