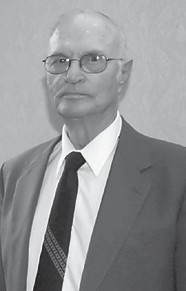 Along with his parents, he was preceded in death by his wife Rudell, his son Mike, two brothers, Verlin Baker and Linsey Baker.

Ray was born April 20, 1923 in Wise County, Virginia, he was a retired salesman for National Mines Service Company in Jenkins .

He served in the U.S. Army during World War II.

Funeral services were held December 29 at the Burdine Freewill Baptist Church in Jenkins. Burial was in Green Acres Cemetery, Ermine.