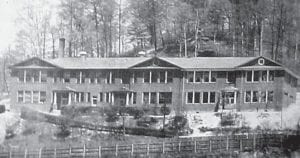 From the September 1954 Fleming- Neon Hi Times: Welcome to F.N.H.S.

Mr. John B. Morgan was born at Middlesboro, Ky. and his present address is Jenkins, Ky. He attended high school at Middlesboro and College at Georgetown from where he graduated in 1952. He has an AB degree. This is his first year to teach and he is teaching sociology, civics, and government. He likes football and dislikes nothing.

Miss Barbara Belcher was born in Jenkins. She attended high school at Jenkins and went to U.K. She teaches music, Glee Club and also is the band director. She likes music and dislikes noisy boys and girls.

Rev. Calvin Fields was born in Whitesburg, and is now living in Fleming. He attended high school at Louisville Male and went to Georgetown College. His hobby is football and his dislikes are people who do not try to improve themselves, he likes to eat. He teaches geography and history. 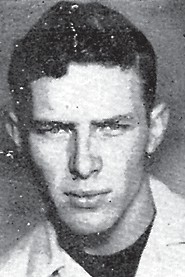 David Eugene Hurst, our new football coach, was born in Middlesboro where he attended high school. His college days were spent at Duke University. Before he came to Fleming he taught at Jenkins High. Hurst would like to beat Jenkins this year, but dislikes loquacious students. He is now teaching world history and physical education here at F.N.H.S. He is married but has no children.

Fleming-Neon High is happy to have Billy Paul Frazier for a teacher this year. He was born in Whitesburg, and his present address is Whitesburg. He attended high school at Whitesburg and college at Georgetown. While in college, Mr. Frazier majored in physical education and commerce, he is still working on his Master’s Degree. His hobby is shooting pool, he likes sports and hasn’t any dislikes. He is taking Mr. Roy Reasor’s place in teaching typing and general business. Mr. Frazier is single and states that he enjoys teaching at our school very much.

Mrs. Boggs, who isn’t exactly a new teacher because she substituted for Mrs. Mercer last year in home ec. second semester. Mrs. Boggs was born in Virginia, but her present address is Seco. She attended high school at Saint Paul, Va., and went to Radford State Teachers College in Virginia. She also taught in Wise, Va. Mrs. Boggs has a B.S. Degree and plans to get a Master’s at V.P.I. Her hobby is collecting pictures, she likes everything, even teaching at F.N.

F.N. Hazen spent his college days at the University of Kentucky. He spent his high school days at Fleming-Neon. He likes sports and dislikes nothing. He majored in zoology. Mr. Hazen spent three years in the Air Force in World War II overseas in Africa and Italy. He likes teaching school at Fleming.

Mr. Roy Reasor, our new grade school principal, says he likes his job just fine but he likes both schools. He has taught eight years of school. He attended high school at Fleming-Neon and college at Bowling Green School of Commerce and Eastern Kentucky State College. He is the high school’s loss and the grade school’s gain.

Why is Shirley Stevens always wanting to go to Norton? Could Scott Davis be the answer?

Who’s Peggy Burkich’s dream boy she’s always getting letters from? Come on, Peggy, let us in on this big secret.

Don’t tell anyone, but Harold Browning is carrying a torch for Betty Adams. Come on you two, quit this nonsense.

O.C. James is among our most eligible bachelors. Get busy, girls.

An example of true love is Julia Ambrifi and Bobby Burns.

Jerry Holbrook is the Romeo of the S.H.S. this year. Watch out, Jerry, these girls mean business.

Betty Kincer and Percy Belcher are trying it again. Hope it works out this time.

What’s this we hear about Janet Blevins liking Jenkins so good? Could be because of Clayton Gallion could it, Janet?

New majorettes were selected this year. The lucky girls were Joyce Compton, Ida Lee Cureton, Janice Bentley, Ruby White. Twirlers are Jimmy Burchwell and Junior Hunter. Head majorette is Angela Holbrook, who was elected last year. The band has a good group this year and everyone is proud of the majorettes as well as the band and the new director, Mrs. Belcher, who has given so much time and patience to all.