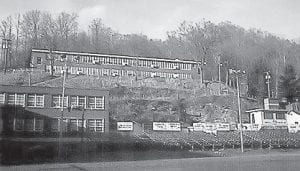 Notes from Mr. Jones — with all the changes that have taken place this year, especially in scheduling of classes, everything has gone exceedingly well. I would like to extend my appreciation to the teachers, students and parents for their cooperation in this.

Our school is now involved in the Site-Based Decision-Making process and I would like to invite everyone to participate. Attend our monthly PTA meetings. And get involved with your children and help to become successful.

Students cannot succeed without being here each and every day that is possible. The Letcher County Board of Education has an attendance policy stating that if a student has over ten unexcused absences and are passing their classes they must go to summer school before they can receive credit for their classes. The General Assembly passed a law called No Pass/No Drive Law stating that if a student has nine or more unexcused absences or if they are failing classes their license or permit will be revoked by the state. 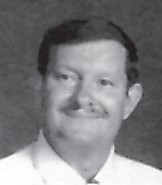 The Pride of the Pirates Band recently had a successful trip to Gatlinburg, Tennessee. Although they missed bringing home a trophy by 2 points, all students had an excellent concert and marching band parade performance. Several bands compete representing Iowa, Alabama, Florida and Kentucky.

Several vocal juniors and seniors felt that all the stops the band made on the way home was one of the most enjoyable moments of the trip!

The Spring Concert was a quite successful event as well. Solos by Christy Champion, Ricky Champion, Misty Delph, and Michael King highlighted the afternoon.

Tabitha Sizemore, and Cheryl Osborne, both F-N Grade A band, will be participating in the Regional Jr. High Band Festival in Paintsville the weekend of April 30. These two ladies survived auditions and represented Fleming-Neon as they stayed overnight Friday, Saturday, and played in concert performance on Sunday at 1 p.m. at the Carriage House in Paintsville.

Flags and Rifle tryouts for 94-95 will be preceded by a four day clinic then tryouts of a Friday, times and week to be announced. Openings: 12 flags and 43 rifles.

Our team has good diversity and should build a very strong program here at Fleming-Neon.

Our current record for varsity is 14 wins and 6 losses, Junior Varsity (new players) have the record of 4 wins and 3 losses. We have played 14 games and 6 of them were away, with teams as high as 18 in the state (Cawood). We have an excellent fielding team and the batting is starting to look better. The week of May 3-6, we played in the Eastern Kentucky Mountain Conference Baseball Tournament at Jenkins. In semi-finals, we played South Floyd and won 13-3. The finals took place May 5 against the winner of Jenkins vs. Allen Central. We only have one week after this tournament in the regular season. The last game took place Thursday, May 12 against Jenkins, also on Monday, May 16 we played our first District Tournament Game with Whitesburg at their field. “Go Pirates”, Coach Hawkins.

In order to be eligible to attend the Honor Banquet, a student must have a 3.4 or higher-grade point average for the school year and must have no individual gradebelowaC(semester grades not included in the average).

All students are to bring self-addressed, stamped envelopes to their homeroom teacher for the final grade to be mailed.

Mrs. Godsey’s Industrial Communication class has been learning about Graphic communications, specifically the process of printing. During April, the clan went to Superior Printing for a tour. They observed a newspaper running on the press and received copies of the paper “hot off the press.” They enjoyed the tour very much.

Drafting class has been working very hard on the preliminary phases of their house plans. They are now beginning the final drawing.

(The above article from the June 1, 1994 Letcher County Community Press.)

There have been UFF spotters in Typing-writing I class this semester. We have finally managed to catch these UFFs (Unidentified Flying Fingers). After approximately 4 weeks of keyboarding, the following students have attained “warp” speed by typing more than 25 w.p.m. (words per minute): Ernie Elswick, Beth Johnson, Melissa Kiser and Kevin Wright.

The kick-off showcase concert will be held Sunday, April 17 at 3 p.m. in the FNHS gym. Admission is free and all friends of the band are encouraged to attend. Special Musical Guest in performance will include our own Mrs. Williams and Mr. Sturgill.

Mrs. Potter’s English I class has been studying and writing poetry. This traditionally has been an activity that many students do not enjoy, but this class really has enjoyed poetry. To help the students realize that poetry is usually a series of images, the students ate peppermint patties and drew pictures.

(The above article from the April 6, 1994 Letcher County News Press.)