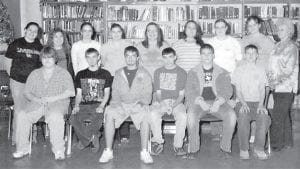 How does it feel being a member of the last graduating class of Fleming-Neon High School?

It’s a great honor and a great achievement, but I’ll miss the traditions-Travis Cantrell.

It ’s monumental. It makes me very sad but proud at the same time, I’ll miss it-Brittany Hunsaker.

It’s a great honor because this class will be the one that is remembered-Tiffany King.

It’s an honor to know that we will be remembered forever-Michael Morris. 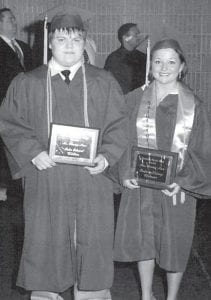 Although I’m sad to see the traditions fade, I’m honored to know that I am one of the last seniors to ever walk the halls of FNHS Tiffany Young.

In continuing the success of this year’s academic team, both senior Brittany Hunsaker and the Future Problem-Solving team advanced to the State Governor’s Cup Competition.