Members of the Fleming- Neon Band received a rating of excellent at the annual Southeastern Band Festival at Corbin.

The Fleming-Neon majorettes did a group routine and won a rating of superior.

The band was accompanied by Director Roderick Tate, his wife and a group of parents.

The band will present a concert at the high school gymnasium at 8 p. m. Friday, May 10.

Dr. J.M. Boswell, President of Cumberland College at Williamsburg, will deliver the commencement address for Fleming-Neon High School at 8 p.m. May 29 in the high school gymnasium.

The Rev. Edward J. Knox, pastor of Haymond Presbyterian Chapel, will be the speaker for baccalaureate services at 8 p.m. Sunday, May 26, in the Fleming– Neon gymnasium. James Wood is the valedictorian of the graduating class and Regina Lucas and Hester Martin are the salutatorians.

James Wood won one of 40 Department of Highway scholarships for freshmen at the University of Kentucky.

Each year the scholarships are awarded to graduating seniors who will enter college to study civil engineering with emphasis on highway engineering.

Wood, an honor student, was selected on the basis of his high school record and of scores on a college qualification test.

He will receive a summer job with the department at $230 a month and will receive $95 a month to pay his college expenses.

He is the son of Mr. and Mrs. Arthur Wood of Fleming.

Dickie Everidge of Fleming Neon High School has been named basketball player of the year in the Eastern Kentucky Mountain Conference. Also named to the all-EKMC team were Jerry Coots and R.D. Jones, both of Whitesburg, and Phillip Greer and C. Conley, Jenkins. Jack Burkich, Whitesburg, is the new president of the EKMC and Roy Reasor of Fleming-Neon is vice president.

Mrs. Sue C. Blair, Fleming Neon High School librarian, was elected president of the librarians’ group of the Upper Kentucky River Association recently. She is a graduate of Eastern Kentucky State College and has done graduate work at the University of Kentucky. Mrs. Blair helped establish the Letcher County Public Library and gives some time to filing and cataloging work there now. She is the wife of Virgil Blair. 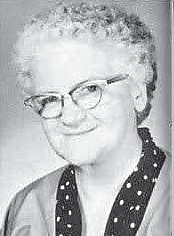 Fleming- Neon High School students celebrated their annual homecoming with a parade through Neon about 2 p.m. Saturday and the Homecoming football game against Wheelwright was Saturday night. After the parade the queen candidates met at the high school for a reception. The judges were present to observe and choose the queen. At halftime, Anna Laura Caudill was crowned queen by Ernie Tackett, football captain. Last year’s queen, Joan Hall Wright presented her with a lovely bouquet of flowers. 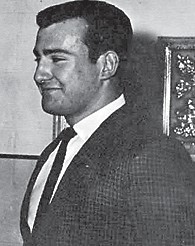 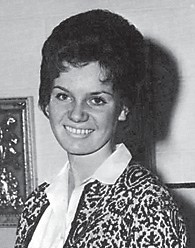 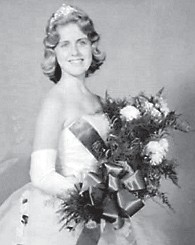