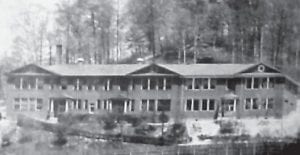 The junior class of Fleming Neon High School presented the play, “Finders Creepers”, a three-act comedy on March 18 in the high school auditorium. The play dealt with the predicaments two teen-age boys found themselves and others in when they went to visit relatives who lived in a mortuary. The confusion and misunderstandings which came about as a result of their undercover activities were hilarious. The cast consisted of O.C. James as Wilbur; Nevlain Johnson as Hercules; Julia Ambrifi as Celestas; Ida Lee Cureton as Frankie; Shirley Stevens as Nina; Joyce Davis as Mrs. Nelson; Peggy Burkich as Granny Nelson; Jeanette Cook as Madeline; Nancy White as Daphne; Gary Yonts as Jason Quigley; Ralph Holbrook as Dr. Brown; Johnny Spicer as Harry Schuster; T. Bentley as Claude; Ronald Potter as Henry the helper. 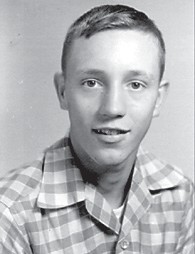 The action of the play took place in the present. Stage managers and prompters were Bobby McKinney and Ronald Potter. Directors of the play were Mrs. Maurice Lewis, Mr. Hiram Taylor, and Mrs. Gilly Webb. The furniture was loaned by the Collier Furniture Co. The wallpaper was built by Mr. Taylor and the boys of the junior class, was donated by Kincer Hardware Company. The play was produced by special arrangement with the Hever Publishing Company.

O.C. James, valedictorian of the graduating class at Fleming-Neon High School, has been given the Annual Award of the Reader’s Digest Association for students who by their successful schoolwork give promise of attaining leadership in the community, it was announced today by Jason Holbrook, principal.

O. C. James will receive an honorary subscription to the Reader’s Digest for one year and an engraved certificate from the editors “in recognition of past accomplishment and in anticipation of unusual achievement to come.”

The award to O.C. James, who is the son of Mr. and Mrs. Tip James of Jackhorn, was made possible through the cooperation of Mr. Holbrook, principal.

Fleming- Neon came through under the strain of a new coach and a new system to overpower a favored Wallins Eleven, 12-0, Saturday night on Fleming soil.

The Pirates held control over the visitors from the opening whistle on but failed to cash in on several scoring opportunities given them throughout the game. The stubborn Wallins defense failed to surrender to the unsteady offensive employed by Fleming and threw them back from inside their own twenty-fiveyard line on five different occasions.

Jim Ables, senior quarterback, accounted for both of the Pirate touchdowns, the first coming on a lateral from Lewis in the second stanza and the second on an end sweep in the third period. Endplay by O. C. James and Dan Kincer highlighted the Fleming defense.

Coach Hurst’s team travels to Williamson, West Virginia, this weekend to meet Belfry in an EKMC contest. The game will be played at 8:00 p.m., Saturday night.