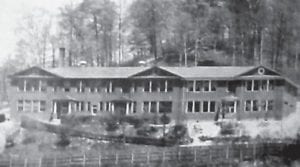 On Tuesday, April 1, at 8 p.m., the Fleming-Neon High School seniors will present a comedy drama, “Tempest and Sunshine” in the high school auditorium.

The play, written by Ned Albert, takes a Mary J. Holmes’s novel with a Kentucky setting and makes a thoroughly modern dramatization of the story. 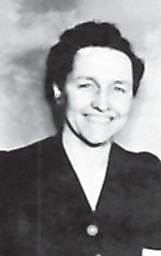 Fleming-Neon girl plans for May Day

The girls’ physical education classes of the Fleming- Neon High School will present a May Day festival at the football field Saturday, May 10, festival director Reeda Reasor announced early this week.

The festival, which will include floats, dances, music, singing, and coronation of a May Queen and Princess, is the first May Day program to be held at the Fleming-Neon school in several years.

Floats are being prepared by various community organizations and the big parade of these floats will leave the football field at 1:30 p.m. The coronation will take place at the ballpark and the remainder of the program will follow.

A community dance will be held at the gymnasium at 9 that night, with Glenn Smith and his orchestra entertaining.

The May Queen will be chosen from a field of 16 girls. They are: Freshmen – Elizabeth Fleenor, Shirly Stevens, Dewana Vance and Marcella Wright.

Band will present concert at Fleming next Tuesday

The Fleming-Neon High School Band will present the final concert in a series of three Tuesday, April 22, at the High School Auditorium, beginning at 8:15 p.m.

The Fleming-Neon Band will close out its present season with the concerts and All-Festival Band appearance.

Featured at the concert will be a brass quartet, and a duet which Director Haigh will play with first coronetist Cleatis Holbrook.

The two feature numbers, which will also be heard in Middlesboro, are the Eroica Overture of Skorneka taken from themes of the Eroica Symphony of Beethoven, and the Waltz King, a medley of Strauss Waltzes.

Because of the success of the Bedtime Story at the last concert, a skit “The Three Bears,” will be given at this concert. Little Goldilocks will be portrayed by Jack Hall, the Dan McGrew of the last concert.

An opportunity to see the play which earned a “State Festival” rating for the Fleming-Neon High School drama class was offered to the public Tuesday night, March 11 and a large crowd was reported in attendance.

The play, a one-act drama entitled “Comin Round The Mountain”, was presented by the drama class because of the many requests received for a performance before home folks.

At the State Drama Festival to be held at the University of Kentucky in Lexington March 17 and 18, the Fleming-Neon students will present the same play which they offered to the public Tuesday night.

Critics, who saw the play, as performed by the Fleming Neon students, rated it as “Excellent,” which is something for the students to be proud of in their first year of drama competition.