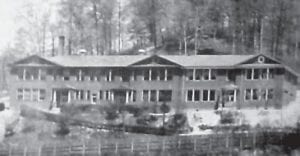 The Speech Class of Fleming-Neon High School presented a play “Coming Round The Mountain” Thursday, Jan. 31.

It was well presented and was a huge success. The characters were portrayed as follows:

Zehe Bemis – Who tries to propose to Daisy – Kenneth Gooch.

Fleming is very proud of the progress of the speech class and also appreciated the entertainment, which they give from time to time. They are planning to give the play at Stuart Robinson sometime in the near future. They are also making plans to attend the Speech Festival next month. 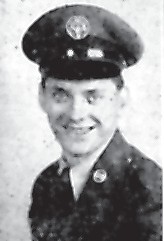 The Tri-Hi-Y opened their meeting after Christmas vacation with the plans for making money for their trip to Frankfort in March. They have plans to sponsor a movie soon.

The Tri-Hi-Y had their initiation and about 15 members were initiated in to the club.

The Tri-Hi-Y is working on plans for their mother and daughter banquet which is to be in February.

The F.H.A. met on Jan. 21 to discuss plans for a skating party that will be given soon to all members that want to attend. All F.H.A. members have been taking part in the devotion programs. All members are enjoying something, and doing things for others.

The Hi-Y members are working hard for their trip to Frankfort. They have lost one member, who is Dudley Skaggs. He was their president.

The junior class will present their class play, “The Nutt Family” on Feb. 26. The play, under the direction of Mrs. Goebel Ritter, deals wit the sale of a former sanitorium to a family desiring a home. The fact that the family is the Nutt Family, including Dr. P. Nutt, Meta Nutt, his wife, who has a pet snake, Wall Nutt, their son, who is fascinated by fish, and Ima Nutt, their charming daughter, soon leads to many complications. The former patients return to visit the sanitorium and confusion reigns supreme. This is a very entertaining play and assures two hours of enjoyment to all.

Fleming-Neon lowered the boom when they beat Jenkins 41 – 40. High point man for F-N was Hawley with 10 points and our freshman Johnny Cox with nine points and getting a field goal in the overtime period to win the game. Williams tied the game with two free throws and getting six points all together. Jenkins high point man was Tucker with 11 points. Jenkins led Fleming at the end of the first quarter 13 to 9 by halftime they had built up a score of 23 to 16.

Going into the third quarter trailing by seven points Fleming cut the lead to 27 – 23 just before the quarter ended F-N went ahead 29 – 28. Fleming getting 13 points and Jenkins getting only five. Fourth quarter Jenkins took the lead and kept it until the closing seconds of the game when Williams tied it up 39 – 39.

Going into the overtime period Cox scored a field goal in the first minute making it 41 – 39 in favor of F-N.

Baker of Jenkins got two foul shots making only one of them and then the score was 41 – 40 in Flemings favor ending the game.

The January P.T.A. meeting opened with a program by the Fleming-Neon Band. Everyone enjoyed the program and commented on the improvement of the band.

The business session was called to order by the P.T.A. president, Mrs. Eva Spicer, Mr. Dearing read the minutes of the proceeding meeting and Mrs. Cureton gave the treasurer’s report.

Attention was drawn to the indebtedness of the band. They decided to raise one hundred dollars by food sales in the various communities to pay on this debt.

Mr. Wright brought up the subject of the trophy cups for the Carnival King and Queen, Prince and Princess. It was decided that the P.T.A. would pay for the cups and that they would be presented at one of the future band concerts.

The Fleming-Neon P.T.A. extends a hearty welcome to all parents and teachers and urges them all to attend the P.T.A. meetings, which are held the second Monday of each month.

Sadie Wise, who is this you have a crush on? Is it Jimmie McFalls?

Cleo Taylor, do you still like that boy from Ohio or do you have somebody new on the side?

Well Jean Bowmer, have you made up your mind which one will you take Pat or Larry?

Mona Meeks, don’t feel so bad, Pete will be home on leave in about six weeks, and he will probably write to you every day.

Betty Correll, does Ronald know that you are seen a lot with Joe Broome here at school?

Don Hall, you had better keep away from Phyllis E. Jack Henry is awful tough.

What is Douglas B. going to say about Sam Edd going to see Lois E. Saturday night?

Harold Smith sure has a crush on Peggy Wright. Watch out Peggy.

I wonder why James Hawley likes 5th period study so much? Ticky is cute, isn’t she, James?

(The above articles from the February 1952 Fleming- Neon Hi Times)