The first big event of the New Year at Fleming High School was the football game played Saturday, Sept. 14. Those wild, fighting Pirates defeated Vicco by a score of 44-0. We’re hoping for as big a victory in the next game, Sept. 21, when we play Wheelwright here on the home field.

The Girl Reserves Club held its first meeting Monday afternoon. There was a good attendance, with a large number of new members. Officers elected for this year are President, Pearl Welch; Vice-President, Mildred Peterson; Secretary, Pearl McMillan; Treasurer, Roberta Whitaker. Our ambitions for the year are “hitched to a star”. We are expecting to climb higher this year than ever before. We are sure that all the members will work hard, and give their full cooperation, in order to make this year’s club a success. We plan to have an initiation of new members in the very near future. Frances Fields is planning to organize and direct a Kitchen Cabinet Orchestra to be made up of G.R.’s. 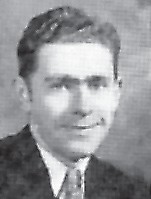 Mr. Robert Jones becomes our new principal. We are happy to welcome to our school two new teachers, Mr. Morris Hogg, and Mr. William Hall. We hope they will enjoy teaching here, and we feel sure that the students will give them their full cooperation. Of course, we all liked Mr. Robert Jones as a teacher, and now we like him even better as our principal. We know that he will make a success of this job, and be well liked by both the student body and the parents.

The Pirates played Paintsville there last Friday night, Oct. 18. We were defeated by a score of 7-0. The Pirates really put up some good fighting but for some reason the Paintsville Tigers broke through that strong line of defense to go for one touchdown and extra point. There were several people from Fleming and surrounding towns at the game. The Fleming High School band was there also. They gave the best support they could with their playing and cheering.

The week of Oct. 24-27 is Girl Reserves Week. Each Girl Reserves Club is supposed to contribute a community contribution which will be sent to the YWCA. In order to raise this money, the girls are planning to sell badges. The public is invited to participate as much as possible in this contribution.

Assembly was held Tuesday afternoon in the high school. Mr. and Mrs. Taber were visiting our school as representatives of the Camp Nathaniel at Hindman. Mr. Tabor spoke to us for a few minutes and Mrs. Tabor played the accordion while Mr. Tabor led the student body in singing choruses. The program was enjoyed very much and it is hoped that they will return to us soon.

Friday and Saturday, March 28 and 29, Fleming High School became victorious in winning the 15th District Tournament in Debating held at Hazard. The Debating Team was composed of Robert Preston and Elmo Parish. These two boys have defended the Fleming School in debate all year, and are going to Lexington to the state tournament to be held his week.

(The above article from the April 3, 1941 Mountain Eagle)

The senior class is planning to give a party in the Fleming Lodge Hall, Saturday night. This will be the first social event of the year for the seniors. We are all expecting a good time and hope that every senior will be present.

The Girl Reserves held their meeting Monday afternoon. The girls are playing the game of “Polly Anna” now and they seem to enjoy it very much. The program committee, composed of freshmen, is planning a program for the next meeting. We are all looking forward to a good program and we feel that we won’t be disappointed because we really have good workers in that freshman class this year.

Assembly was held last Wednesday for all of the Fleming grades. The fifth and sixth grades presented a very interesting chapel program. The fifth grade extended a special invitation to the senior class to attend this program. Of course, the class was delighted to accept and all of them apparently enjoyed the program.

The senior class of Fleming observed their “Skip Day” on April 25. We first visited the Jenkins High School. This visit was enjoyed immensely by all of us. We appreciate very much the kind hospitality which was extended to us. We also received a very hearty welcome at the Stuart Robinson School. After visiting the schools, we then had a nice picnic.

On Tuesday of last week, the Rev. O’Ray Weeks, who was at that time holding a revival meeting at the Baptist Church in Fleming, visited our school. He brought with him his junior choir, which entertained us with some beautiful choruses. Bro. Weeks also brought us a wonderful devotional talk.

Miss Lucille Hale directed a section of the freshman class in presenting a play for chapel program last Friday. It was a one-act play entitled “Sit Down to Supper” and was very entertaining, indeed.

The juniors gave their annual play, “Tempest and Sunshine” May 1, which was very high complimented. The class and its sponsor, Mr. Hall, wish to thank each and every one for their interest and cooperation in attending the play.

The Girl Reserves had their annual “Mother and Daughter” banquet last Friday evening in the high school library. Of course, it is needless to say that the food was grand and the program was enjoyed by everyone. The toastmaster, for the second successive year, was Miss Lutie W. Adams. The program was as follows: Song, “Put on Your Old Gray Bonnett, All. Welcome to Mothers, Pearl Welch. Response, Mrs. Cann Bentley. Bright Sayings of Bright Babies, Mrs. S. E. Adams.

The Sort of Girl That Mother Used to Be, (musical reading) Frances Fields. Special Music, Juanita and Roberta Whitaker. Headgear of Famous Women, Coleen Elliot and Norma Wright. Yes, My Darling Daughter, Groups and All Mothers. Song, “Ain’t We Had Fun,” All. Congratulations to Miss Irene Harvath, Girl Reserves Sponsor, for her tireless efforts in making this banquet such a wonderful success.