The annual Junior-Senior Prom took place May 29, Saturday evening. The juniors and their sponsors chose as the theme, “Oriental Gardens.”

The gym was decorated accordingly. As you come into the gym looking straight ahead, you would have been facing Buddha’s shrine and there’s a saying that if you drop a penny in Buddha’s hand and make a wish you would have good luck. The right side of the gym was covered with Oriental maidens and a rickshaw scene. At each end of the right side there were blooming cherry trees. The left side was covered with Kleenex flowers with “Seniors” wrote in pink flowers with an Oriental dragon in the center with an entry into a Shrine in the other side. On the lower end of the gym was a bamboo curtain and a scene of an Oriental city with its reflection on the water. On one side was a Balsam tree with heart shaped balloons on it. 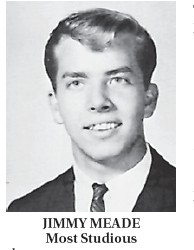 This year the prom had a king and queen. They were chosen by the people at the prom. The King was Sam Quillen, Jr. and the Queen was Alneta Gail Hall. The newspaper staff would like to send our congratulations to Alneta Gail and Sam.

The Beta Club is planning on an end of-the-year party honoring the new officers and the graduating seniors.

Watch for the Beta Club on Klassroom Kwiz on May 22.

All members cheer the F-N track team for their wonderful season and triumphs!

Michael Dingus won the contest for the best landscape scene.

The Future Homemakers attended a meeting in Hazard April 22. They are also planning a picnic.

The members plan to visit the Whitesburg Memorial Hospital on May 23. They should have their club pins by that time.

The Future Teachers Club purchased a trophy case for the school. It can be seen just outside the office.

The Co-Ed-Y Club is planning a picnic at Powell’s Valley.

The Bible Club is having a picnic at Northfork Dam the 20th of May. They invited any of the faculty that would like to come.