The National Youth Crusaders visited our school Friday morning, Dec. 3. Mr. Bill Lewis opened the program with a trumpet solo, “Silent Night”. Mr. Lewis was also the speaker of the morning. A monolog of Christmas was given by Mrs. Bill Lewis.

The student body enjoyed the program and we are looking forward to their next visit.

The second grade rhythm band will do three numbers, which will be “Frosty the Snowman,” “Rudolph, the Red Nose Reindeer,” and “Away in a Manager.” 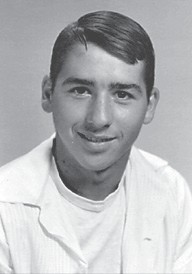 Claudette Amburgey, try to not argue with Ronnie Crosbie; Betty Goodman, leave all the boys alone and stick to my books; Dewey Spears, I don’t need to make any new ones; Dora Stevens, leave all the boys alone; Patsy Collier, go to the Jenkins prom; Derrielene Short, to get to ride in Jo Ray Day’s Desoto; Minnie Webb, ride in a blue Mercury; Billie Collins, try to be a good little girl; Frances Jones, write Paul Smith every day; Wilma Beech, try to behave in all my classes; Billy Ables, try to quiet all the girls; Anna Warf, my one ambition is get a boyfriend;

Looks like Evelyn Amburgey is having some happy days again. Sure glad to hear that, Evelyn. Good luck to the both of you.

Girls! Girls! Haven’t you seen Gary Yonts and Paul Holbrook looking for a cute girl? Better get to work now before it’s too late.

What’s the matter with Lester Young? He doesn’t seem to pay any attention to the girls. Let’s break that spell, girls. 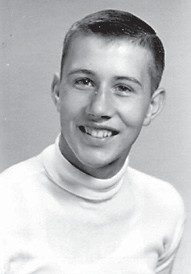 Wonder how Shirley Stevens is coming along with that boy from Jenkins. Maybe old Cupid had better move in.

Sadie Wise and Bobby Hansel seem to be getting along just fine. Hope you kids keep it up.

Carol Richardson, don’t tell us you like Jenkins too. Wonder who it could be over there?

Joyce Nelson seems to have her eye on a certain boy. Who is he, Joyce?

Whom do we see standing in the hall all the time together? Is it Betty Kincer and Ray Murphy?

Seems as if Ruby White and Johnny Spicer plan to make a go of it again this year. Good luck, kids.

Wonder why Daisy Hush is floating on air? Is it because Earnest Lively will be home for Christmas?

Lavonne Elkins and Richard Lewis are at it again. Best of luck to the both of you.

Hey, Patty Redd, why won’t you tell us who that six foot fellow you’re always talking about is and give in? 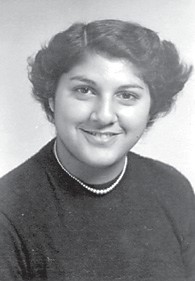 Patsy Collier seems to be another girl up here that likes Jenkins so well. Could it be because of Jimmy Witt, Patsy?

Wonder who Marlene Robbins has her eyes on now? Couldn’t be James Elkins, could it, Marlene?

Wiley Craft must have a way with the girls or at least he does in the fifth period study hall.

Tell us who Earl Franklin is. We’ve heard a lot about him and would like to know.

Edith Guillen and Harry Johnson seem to be getting along pretty fine these days. Best of luck, kids.

Hey, Ralph Holbrook, how about telling us who your crush is? Is she a senior?

Wonder why Sally Mahan likes Norton so well? Could it be because of Sonny Frazier? 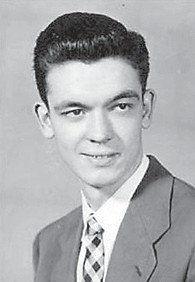 Dora Stevens and Donnie Skaggs sure do make a cute couple. Let’s keep it like that, kids.

Wonder why Louise Maman isn’t going with the boys up here? Could it be because of Frank West, Louise?

I wonder why Polly Adams looks so happy. Could Jimmy Tolliver be the answer?

Say Helen Taylor, why do you keep going to the post office so often? Could it be you’re looking for a letter from Kent Morton?

While writing up the football stories this month we have decided to let you in on a little inside dope on the captains of the team, Jim Ables and Harold Browning.

Ables has been playing football for two complete years, and basketball for three years. His position is quarterback in football and guard in basketball, and I must say I am sure you will agree that he does a very good job of both. Jim was voted outstanding athlete last year and made all conference in basketball. Jim likes sports, T-bone steak, and dancing. He dislikes Whitesburg School and Buddy Fields. 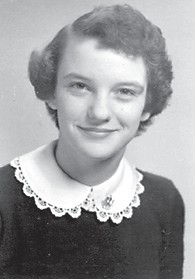 Harold Browning, as you all know, is the other very good and outstanding football player. Harold’s position is guard and he also does a very excellent job. Harold was voted second team all-conference in football last year, and that sure is a very high honor. Harold wants to become a coach and I’m sure he would make a success at it. Harold likes sports, especially football. He dislikes Buddy Fields and Whitesburg. I would think these guys have a lot in common, wouldn’t you?

(The above article from the 1954- 55 Pirate Eye newspapers and photos from Ralph Holbrook.) 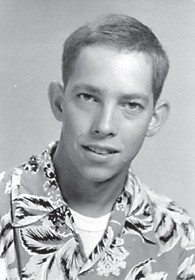 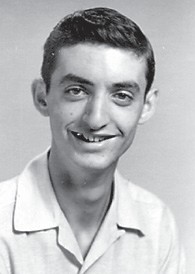 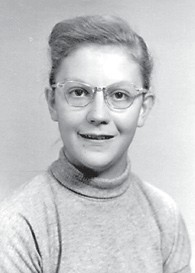 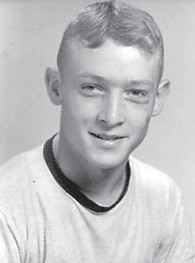 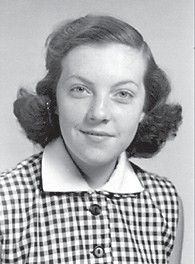