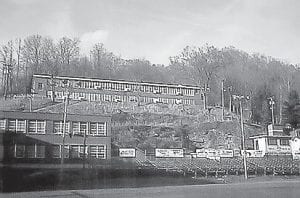 Coach Ralph Roberts is in his sixth year of coaching at Fleming-Neon High School. This in itself is a remarkable record for there are not many coaches who will stick with it when basketball coaching conditions are as they are at this small, very wealthy supported high school. It’s been proven in past years as others have left for greener pastures after giving it everything they had and finding that they could get much better local support elsewhere, and anywhere has better practice and playing conditions. 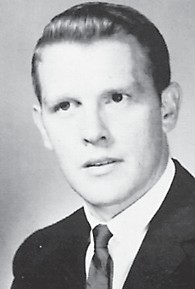 This is not to imply that the Pirates, by which they are called, do not have any following. There are a few “dyed in the wool fans” that would travel anywhere to see them play, and the school teaching staff is very faithful, but there has never been a year since pre-World War II days when the coal towns were booming that Fleming-Neon High School athletic teams have been given the support that they deserve. Fleming-Neon had a runner-up state championship football team this season also. Coach Roberts just won his 22nd game this season last Saturday night. This last game he won was for the district championship, where in the three-game series his team scored 181 points against 101 for the opponents. Today (Tuesday) he practiced his team in a neighboring gymnasium six miles away because of the conditions of the home floor. Many practices sessions are at the Whitesburg Gym which is 13 miles away.

All games are away games for the 12 boys who make up the squad, for it has been three years since they have played in the hone gym which many fans have called a cracker box or even worse, a matchbox. Several movements for a new gymnasium have started but have lost momentum and failed.

The first year that Ralph Roberts spent at Fleming- Neon High School was his first year of coaching. He produced a good team that won 15 and lost 10. His second year brought a 19-4 record. The third year was a rebuilding year and since then when he ended the season winning 12, losing 10, he has constantly been building as good coaches do. In his fourth year he won 23 and lost 3, fifth, a 23-4 record and this year up to now, his best year, won 22 and losing 2 both by close margins. This season he is starting the games with one sophomore, three juniors and a senior. There is only one senior on the squad. His coaching record for the six years stands at 114 wins and 33 losses. For the last three seasons he has won 68 and lost 9.

He played varsity basketball when he was a freshman and in 1951 when he was a junior the Wayland team went to the state tournament. They won their first game over Lyon County but lost out in the quarter finals to a strong Manual team. Three players from this 1951 team went on to play college ball. Fred Fraley played for Furman, Paul Hooper for Marshall and Coach Roberts was an All Conference Guard at Pikeville College. As a junior he averaged 26 points per game.

While he was at Pikeville, Ralph met his wife, the former Alixe Lott from Mississippi. They were married after they were graduated from college and Ralph was teaching school at Evarts. They have one son who is four years old.

One other obstacle that hampers a basketball coach at a school that has only approximately 253 boys is a football team. Out of the 12 boys who make up the basketball team, nine play football, this year’s championship playoffs took the football season into the basketball season and the boys had only three days to practice before the first game. Roberts attributes this and a few other things to the two close losses that he has had this season.

Roberts has coached seven boys who have gone on to college on athletic scholarships. He says that this is one of the great joys of coaching.

(The above article from the March 10, 1966 Letcher County Community Press.)

Most awards ever given to athletes at Fleming-Neon banquet

The Athletic Banquet given in honor of the finest teams to ever play at Fleming-Neon High School was held at the lunchroom on Friday night, May 27.

Paul Floyd, minister of the First Church of God in Neon, recalled lives of athletes that were, are and could have been great if certain events had not happened to them on the way up and voiced the opinion that if the desire was there many of the athletes at the banquet could become professionals.

Letters and other awards were presented both at the banquet and at awards day at the school. EKMC Coach of the Year Raymond Isaac presented the Football Awards and EKMC Coach of the Year in Basketball presented the Awards in the Basketball category. In football, the all around best player went to Johnny Green, who played guard and was selected on the Class A first team for All- State, and on the second team on the All-Around Team. Johnny was an All- Conference guard and will play in the East-West game in Lexington in August.

All seniors were awarded trophies and one also went to the captains.

In basketball, Freddy Hall led the ticket and captured the trophy as the best All-Around player in this sport. Freddy was an All- Conference guard and the Captain of the Pirates team.

Gold basketballs were awarded to Freddy Hall and Jimmy Harrison for being named to the All-Conference team.