Miss Elizabeth Wojciechowski was selected by the Beta Club members to be Miss Beta of 1967. Miss Wojciechowski is the 17-year-old daughter of Mr. and Mrs. Eugene Wojciechowski. She is a senior and a very attractive and enjoyable person to associate with.

Elizabeth is secretary of the Beta Club and has been a member for three years.

To go along with Miss Wojciechowski’s scholastic ability, she has been an outstanding member in the Fleming-Neon Band for 10 years. Elizabeth was a mascot for three years, majorette for four years and now she is Drum Majorette.

I would like for everyone to join in congratulating Miss Elizabeth Wojciechowski with her new title as Miss Beta for 1967.

Sam Wiley Quillen is 17 years old. He is the son of Dr. and Mrs. Sam Quillen of Neon. He is a senior and played football for 2 years. Sam’s likes are girls, sports, food, Paul Revere and the Raiders, the Dan Craft Show, and cars with racing stripes. 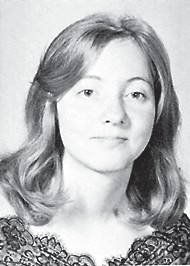 Sam’s dislikes are unfriendly people and he hates for the Pirates to lose a ballgame. His future plans are to attend Morehead State University and his major will be pre-dental.

Neneveh “Bug” Yonts, a senior at Fleming- Neon High, has been chosen Athlete of the Month by the members of the Future Teachers Club. “Bug” is the son of Mr. and Mrs. Harold Yonts of Neon. He plays guard for the Fleming-Neon Pirates. Some of his likes are ice cream, hamburgers, and pizza. “Bug” has only one dislike, liver.

The freshman class has chosen Belinda Bentley as the Freshman Girl of the Month. She is 15 years old and lives at Fleming.

Belinda belongs to the Science Club and is secretary of the freshman class. After graduation, she plans to take a business course.

Charlie Brown has been chosen Freshman Boy of the Month. He is 14 years old and is the son of Mr. and Mrs. Claude Brown of Hemphill. Charlie’s favorite teacher is Coach Roberts and his favorite class is study hall. He is a member of the Photographer’s Club. His likes are girls and good music. His favorite food is spaghetti.

Charlie plans to go to college and become a lawyer.

Some of the seniors of the Class of 1967

What two girls are crazy about a green Mustang from Whitesburg and about J.M.? Could it be P.W. and B.W.? Who took Joyce Y. home from the Jenkins ballgame last Saturday night? Tell us, Joyce. What girl is interested in a boy from Jenkins? Tell us, Linda L. Who is Fleming- Neon’s great singing star? Could it be Tommy H.? What heavenly body goes with a bear? Is it S.J.? Who reads non-fiction books in 4th period Home Ec.? Tell us B.W. Who became emotionally upset when they thought the bus was going over the hill Saturday night? Was it D. P. and P.H.? What girl does Robert L. have his eye on? Could it be Donna B.? Tell us, Robert. What boys on the hill are going to give a style show? Wonder if the boys in speech could tell us! Is it true Evelyn H. likes a boy from Knott Co.? Tell us, Evelyn.

(The above article from the “Pirate Eye” newspaper and the 1967 Yearbook.)