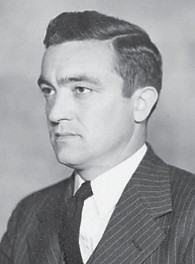 Jason Holbrook will begin his first year as Principal of the Fleming-Neon High School Monday morning when an expected large number of freshmen will register at the school at 8:30. Other classes will register Tuesday and classwork begins Wednesday.

A teacher in the county for 22 years, Mr. Holbrook replaces William B. Hall, who was transferred from the Fleming-Neon school to the Kingdom Come High School as Principal earlier in the summer.

First, to those who know very little about me, I will be a little persoanl and give a brief history of myself.

I finished the 8th grade in a one-room school at the head of Craft’s Colly. I wanted to continue my education, but school was seven miles from where my parents lived. After walking over poor roads 14 miles a day for two years, I found it almost too difficult to continue, so I borrowed money and entered Morehead School, where I earned my first certificate to teach at the age of 18.

Since that time I have earned a B.A. degree from Georgetown College, have done graduate work at Morehead State College and have taught school for 22 years.

While in school, I married a young lady from Greenup, Kentucky, Miss Sabra E. Hillman. We now have five children, two will be in high school this year.

I have about the same problems of family life as any other average familly may have, with this experience and the many years of experience in the school room working with some of your children. I feel that I know many of their problems and needs. I want to say here that I have the interest of the young people at heart in developing leadership and good citizenship. They are all deserving and we owe it to them.

I come into your community to work with you. I hold malice toward none. I earnestly solicit your cooperation; without it our cause may be defeated. Let us work to the same end, the child first. “Where there is unity there is strength.” All working together, we will have a good school. We will make some mistakes, no doubt, but with all pulling together they will be fewer in number. — Jason Holbrook.

The Fleming-Neon Athletic Association met at a special meeting Sept. 10, 1952 for the purpose of raising the sum of $6055.00 for building of a concrete stadium.

Guy W. Jackson was elected Secretary and Treasurer of the project.

It was decided the stadium should be named the Hicks-Jenkins Memorial Stadium as a memorial to Charles Hicks and Harold Jenkins. Charles Hicks played on the first football team at Fleming and later was one of the most faithful members of the Athletic Association. It was through his hard work, during the lean years of football at Fleming, that the Athletic Association was able to continue. Charles became an employee of the United Mine Workers and advanced to the position of President of District 19 of the U.M.W., which he held until his death last year.

Harold Jenkins was a great athelte at Fleming and was on the first football team to play under the lights. He was also a very popular boy among his classmates and the people of this community. Harold was the first boy from the Fleming-Neon vicinity to lose his life in World War II.

The Finance Committee is taking pledges from any organization or individual who is interested in helping to make this project possible.

The Senior Class of Fleming Neon High School left Neon at 7:00 a.m. Monday April 20, for a week in Washington and New York.

We arrived in Washington at 8:30 p.m. Monday night, and signed in at the Houston Hotel. The next day, April 21, we got on the bus at 8:00 a.m. and started on our tour of Washington, we toured first the Bureau of Engraving. From there we went to the beautiful Pan American Building.

Our next stop was the White House which everyone enjoyed very much. We then drove down the famous Pennsylvania Avenue to the Capitol where we met Carl Perkins and had pictures made.

Inside the Capitol, we sat in on the Senate and House of Representatives while in session. We also visited the room of statues and enjoyed the huge oil paintings.

From the Capitol we went directly to the National Gallery of Art, where we had lunch in the cafeteria. Our next stop was the Smithsonian Institute. Then to the Washington Monument. We went to the Royal Casino nightclub that evening and had dinner.

We left the nightclub and got on the bus for New York. We arrived in New York at 8:00 a.m. and after signing in at the Century Hotel we started touring New York which included both upper and lower Manhattan.

The famous liners Queen Elizabeth and United States were docked in the harbor.

We visited the Fricks Museum and the Church Catherdal of St. John The Divine. We then toured the Bowery, Harlem and Little Spain. After lunch we visited Chinatown which was very interesting.

We had the evening free and we had our choice of many interesting things to do and see. Eddie Fisher and Danny Kaye were there in person. There were the latest stage plays, Radio City Music Hall, and all the latest movies.

The next morning we got aboard the “Circle Line” for a thirty-five mile boat tour around Manhattan Island. The scenery was very beautiful, and it was enjoyed by everyone.

We had the afternoon and evening free until 12:00 a.m. and then we got back on the bus to Washington.

When we arrived in Washington the next morning we went directly on a tour; we visited Mount Vernon first and then Arlington Cemetery where we saw the Tomb of the Unknown Soldier. We visited Lincoln Memorial, and drove through the National Central Park. We spent our last evening at the Lotus nightclub in Washington.

Saturday morning our tired, sleepy group boarded the bus for home. We traveled all day and saw the first lights of Neon at 10:30 p.m. Saturday night.

The trip was planned through Mrs. Emelia Reeves of the Thrifty Tours, Washington, D.C.

The Senior Class wishes to thank everyone that helped make such a wonderful trip possible for us. — Jean Bowmer.