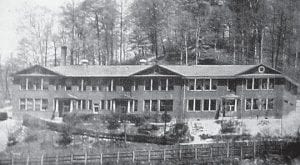 The Whitesburg Junior Chamber of Commerce held their annual Road-EO Sunday, May 10, at the Whitesburg ballpark.

The winner was Kenneth Harlow from Fleming-Neon High School with Obie Spicer of Fleming, second and John Combs, Whitesburg third.

The Teen-Age-Road-E-O is a nationally-sponsored Jaycee event with young boys and girls all over the United States participating.

Ken first competed with 500 students throughout Letcher County in a written quiz. The top 20 scorers of this written quiz were invited to the Letcher County Teen-Age-Road-E-O. Ken won first place by outdriving the 10 finalists in the road obstacle course.

The final road test included four different driving obstacles. They were: (1) the serpentine course (driving through two barrels and backing through same); (2) a straight-line test (fitting the wheels between two tennis balls 12” apart —driving forward and backward); (3) the curve and offset obstacles and (4) parallel parking. Judges for the local contest were Ray Biggerstaff and two members of the Kentucky State Highway Patrol. 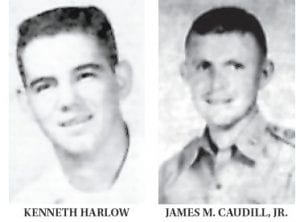 Ken Harlow, by winning the local contest, will compete for the state title in Louisville, June 5 and 6 at the Kentucky State Fairgrounds and Exposition Center. The winner of the state contest will go to Washington, D.C., to compete for the National Teen-Age driving championship.

The Jaycees would like to personally thank all contestants for their interest shown in this contest.

Seals fired a 50-yard pass to Johnny Little with only two minutes remaining in the game to give the Flem- ing Pirates an 18-14 victory over rival Jenkins.

Both teams played well in this “grudge” game which produced many stars. Seals completed four passes for 120 yards and gained a net of 46 yards on the ground. Johnson was the workhorse for the Pirates. The burly fullback carried the ball 24 times for 97 yards and a TD. Thomas, Adams, and Anderson kept the Pirates moving with clutch plays.

For the losing Cavaliers, Mahan was outstanding in picking up more yardage on the ground than did the Pirates. Mahan averaged 13 yards a try in gaining 184 yards. The failure to complete a single pass was the deciding factor in the ballgame. George Elkins played a terrific ballgame in racking up 15 tackles to lead both teams by a wide margin in that department. Bill Howard, Fred Wolfe, Irvin Banks, Ralph Clark, Ted Chapman, Mike Dann, Jim Rowlette all played good football.

Fleming- Neon P.T. A. held its annual Fall Festival, Saturday night, Nov. 8. The festival was a huge success under the direction of Lillian F. Webb. The King and Queen were Ernest Johnson and Janice Esther King, Junior Class of Fleming- Neon High. The Prince and Princess were Randy Tackett of Mrs. Gladys Webb’s second grade and Sheila Banks of Mrs. Danola Collins’s seventh grade. The net proceeds of the Festival were $1,977.19. We wish to thank the parents, business people and everyone who helped us in any way.

Fleming rolled up a 26-6 triumph over Whitesburg Saturday night when the two schools met for the 35th time.

Jack Hall’s boys scored once each in the first, second and third quarters before Ronnie Frazier went over in the fourth for Whitesburg’s lone score.

Fleming’s first two scores came as quarterback Danny Tackett connected with Gabe Slusher on 10- and 45- yard passes. An extra point made by Danny Quillen made the half-time margin 13-0 Fleming.

Danny Quillen raced 60 yards down the sidelines for a touchdown on the first play in the fourth. Later Danny Tackett scored for Fleming by way of a 55-yard run.

Caudill will be stationed at Fort Bliss, Texas, for 11 weeks before proceeding to Fort Still with his wife, Betty, and two sons, James III and Barry Van.

Caudill, 28, is a graduate of Fleming-Neon High School and Eastern Kentucky State College. He served with the National Guard for four years before receiving his commission in 1954.

In recent years, he has been at Fort Rucker, Ala., where he has served as assistant flight commander, instrument flight examiner and instrument instructor for flight.

Both the Letcher Consolidated School buildings and the Fleming-Neon High School will be dedicated Saturday.

The program will get under way Saturday at 9 a.m., when tours of the Letcher School will begin. Special music will be furnished by the Whitesburg High School Band. Additional music will be presented by the Letcher High Glee Club. Superintendent of Schools William B. Hall will be master of ceremonies.

The dedication speaker will be Dr. Robert R. Marin, Kentucky Commissioner of finance and former state superintendent of public education.