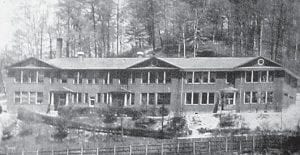 The Fleming High School is off to a fine year according to school authorities. The enrollment has exceeded last year by a small margin. The new grade school building is expected to be ready for occupancy by Monday, September 14, and no doubt will prove invaluable to the Fleming-Neon school system. 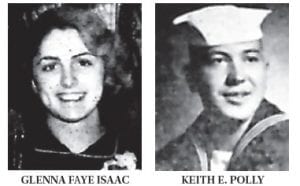 Mr. Conner is a new member of the staff and is teaching vocal and instrumental music. He was band director in Bourbon County last year; he has B.S., M.A. degrees. Private lessons will be given to all band students who desire to take them as well as to others who desire music lessons.

Mr. Samuel C. Webb taught in the 8th grade last year but is teaching in the high school this year. Mr. Webb is teaching Chemistry while Mr. Jones is teaching General Science. Henry Ed Wright along with his coaching is tutoring in General Math. Mr. Gregory is instructor in health and Physical Ed. for boys.

Wayland High School, playing a slow, controlled brand of football, waited for a fourth period opportunity to down a sub-par Fleming-Neon squad 7-0 on the Wayland field. Wayland had possession of the oval for at least three-fourths of the game, and a last quarter plunge brought the winning margin to the home team.

The Wayland defense held the visitors to a minimum of yardage, and not once during the game were the Pirates able to maneuver into a threatening position. The Fleming defense, although unable to turn the ball over to the Pirate offense many times during the contest, merits some praise for holding the Wayland boys to one lone score. Outstanding in the Fleming line was Raymond Isaacs, who accounted for a great number of his teams tackles and was responsible for holding Wayland’s scoring to one touchdown.

Norwood LeMaster was the best Pirate on the field, and his blocking and tackling was surpassed by no one.

Fleming will play host to Pikeville Saturday evening at 8 p.m. on the Fleming field.

On their senior trip to New York and Washington, D.C., Glenna Faye Isaac, seventeen- year- old, of Fleming-Neon High School, sang, “Blue Moon” by special request with the Donneley James Orchestra on the moonlight cruise down the Potomac River. There were about three thousand young people aboard the Mt. Vernon from schools all over the United States. Glenna Faye was at her best that night and must have impressed Mr. James, for she has promise of a permanent chance of singing with that very fine orchestra. Good Luck, Glenna.

The Fleming-Neon P.T.A. met at the high school November, 1953. President Sam Quillen called the meeting to order. The minutes were read by the secretary and approved.

A list of carnival expenses totaling $95.64 was read by the president. Motion was made and passed that the bills be paid. The following bills were also read and approved for payment: Ledger for Treasurer, M. Yonts, $3.50. Payment for cooks for P.T.A. sum $1.50.

Motion was made by Astor Quillen and seconded that we buy Loving Cups for King and Queen, Prince and Princess. Motion passed. Mrs. Webb moved to put name and year on cups. It was seconded by Astor Quillen. The motion also passed. Mr. Holbrook is authorized to write a check for cups.

$50 was given to each of the 16 teachers to buy necessary supplies for his or her room.

Keith Polly F A., 19, is now stationed in San Diego for two years. Keith enlisted in the Navy, Aug. 26, 1952 after graduation from Fleming Neon High School. He was home for a fifteen-day furlough recently.

Keith has a brother, Clyde, who is stationed in Korea with the 7th Division. He is the son of Mr. and Mrs. John Polly of Kona.