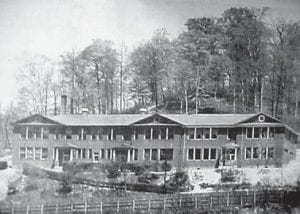 The Fleming-Neon Athletic Banquet of 1956 was held at 7:30, May 8, in the lunchroom of the Fleming- Neon Grade School. A large crowd of over two hundred was present. Fleming-Neon was honored by the presence of Coach Blanton Collier, Head Coach of the University of Kentucky. Coach Collier’s inspiring speech was one that will long be remembered by those present at the banquet.

The Fleming-Neon Band Boosters held their regular monthly meeting Monday night, Oct. 24. As there weren’t but a few members present, the Boosters did not have too much to discuss, except the trip the band was making to Middlesboro for the Bowl game.

Our parents of the regular band and beginner’s band aren’t coming to these meetings like they should.

Our Band Boosters’ Club is formed to help support both the Regular Band and Beginners Band. Parents, please come to these meetings, let’s get behind our band and support it. Mark it down on your calendars. Our meetings are always the fourth Monday in each month at 7:30.

The first half saw both teams driving inside each other’s ten-yard line with neither team scoring. After the exchange of punts, Paintsville drove to the Fleming 6-yard line only to have the Pirates take over on downs. As the half ended, Fleming had the ball on the Paintsville 5.

At the half, bands from both schools performed. Paintsville’s 60-piece band, under the baton of Director Byron Ashmore, used an Indian war dance as their theme while making a teepee and a bow and arrow. Director John Trowbridge and his Fleming band did a series of precision drills before playing and doing a routine to “ When the Saints Go Marching In”. Both bands did an exceptionally good job.

Then came the third quarter in which the only tally of the game came. The TD made by Fleming Captain Lawrence Kuhl after a 70-yard run by Tyrone Bentley. The try for the extra point was no good. Harry Johnson was an outstanding lineman for the Pirates.

As the game ended, the Tigers were making a desperate attempt to tie up the game. Final score, Fleming 6; Paintsville 0.

(The following article from the October 6, 1955 Mountain Eagle.)

Saturday night at the Whitesburg Gym before a capacity crowd the Fleming Neon Pirates took the District tournament in what spectators were heard to say was one of the best games they had ever seen. The teams were so evenly matched that all it took to change the score was to get to their home basket, for a time. The final score being only by four or five point margin.

Good sportsmanship was displayed thtoughout the game and both teams showed they had been trained to the nineth degree for the games. They will play in the Hazard tournament on Thursday night at 7:00, Whitesburgh being the runner-up drew Fleming to play there. Last year Whitesburg was the winner and Fleming the runner-up.

The B-Team game was also won by Fleming-Neon and they were never in trouble from the beginning holding a good margin from the first quarter right on through.

Henry Ed Wright, the young coach of the Fleming High Pirates, won his first district championship in the Saturday night game. Coach Ray Pigman has already lined the Whitesburg Gym trophy cases by his championship games in the past years.

The Fleming-Neon Economics Class is sponsoring a Style Show, Friday night, April 1, 8:00 o’clock at the high school auditorium. There will be models from all department stores in Neon showing the Easter Parade fashions, and the Home Economics girls modeling clothes they have made. The admission is 35 cents for adults.

This money will go for the purpose of buying equipment for the Home Economics department.