One of the big scoring threats for Morehead State College this year has been Charles Adams, a sophomore forward from Fleming-Neon. “Sleepy” transferred to Morehead from Lee’s Junior College last year and brought a reputation with him as a top scorer and rebounder. He is currently the second leading scorer for the Eagles with a 14.5 average and is second in rebounding with an 8.3 average. His high game was 26 points against Idaho State.

“Charlie has been a tremendous asset to this club,” said Morehead coach Bob Wright. “His shooting has given us a scoring threat on our front line and his rebounding has been outstanding. He has an awkward style of shooting, but he always seems to find the range,” added Wright.

Adams is second in the Ohio Valley Conference in free throw percentage as he has hit on 49 of 53 attempts for a remarkable 92.5%. In addition to his shooting abilities, Adams is one of the top defensive men on the squad. 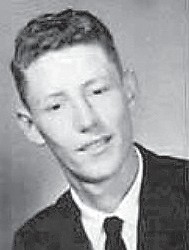 “We always have Charlie guard the best man on the opposing team,” Wright said. “He has good reach, speed, and balance and does an outstanding job for us defensively. He always seems to do better when the opposition is at its best,” added Wright.

“We were very fortunate to get a transfer of Charlie’s caliber,” said Wright. “He is an outstanding prospect, and could develop into one of Morehead’s finest athletes.” “Sleepy” is a physical education major and hopes to coach after graduation. He is the son of Mr. and Mrs. Lige Adams.

(The above article from the Feb. 17, 1966 Letcher County Community Press.)

Fleming- Neon Future Homemakers of America will be even busier than usual from March 27 to April 2. That is the week 600,000 teenage members of this organization hold National FHA week. 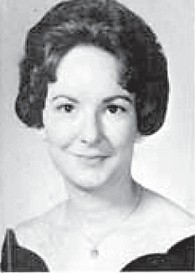 The FHA Chapter at Fleming-Neon has scheduled a number of activities for the week, according to Bonnie Perkins, President. The plans include: a sock hop, bake sale, interpolation of this organization to the community through radio and newspaper, and teacher appreciation day at the high school. Future Homemakers are home economic students in junior and senior high schools. The organization, founded nearly 21 years ago, has for its motto, “ Toward New Horizons.” The motto refers to the extension program of work FHA members and chapters undertake to further their goal of helping individuals improve personal, family, and community living.

The nine projects of the current program of work are titled Individuality Counts; Good Health – A Valuable Asset; Jobs, Careers and You; Morals and Manners Matters; Good Family Relations through Communications; Citizenship Challenges You; Your Neighbors Near and Far; Make Your Money Behave; and Leisure Time Constructive Time. 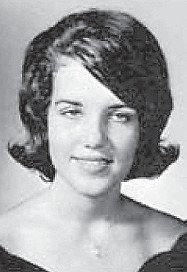 Next on the schedule after FHA week, Miss Perkins explained, comes planning for celebration of FHA’s 21st coming of age birthday. Marking this year-long campaign to be launched at the FHA National meeting in St. Louis in July.

Future Homemakers of America is officially sponsored by the U.S. Office of Education and the American Home Economics Association. Financial support comes from dues of members. High school home economics teachers serve as advisors to FHA’s 11,000 local chapters throughout the Unites States. Mrs. Madonna Quillen is advisor of the Fleming-Neon Chapter.

(The above article from the March 31, 1966 Letcher County Community Press.)

Twelve students at Fleming Neon High School were honored during the school’s commencement exercises on May 31. 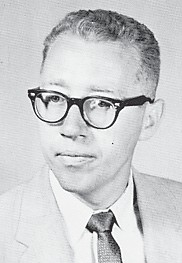 The seniors were escorted by honor students from the junior class, Alneta Gail Hall and Robbie Pigg.

Mr. Charles Hansel will deliver the commencement address at Fleming-Neon High School on Tuesday, May 31. Mr. Hansel, who is the Assistant to the Dean of Students and Director of Religious Life at Union College, will speak on a topic entitled “Let’s Be Human.” 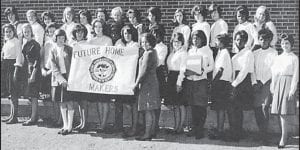 The Future Homemakers of America of Fleming-Neon High School are pictured in 1966.

Mr. Hansel served as a teacher and guidance worker at Fleming-Neon High School and as the pastor of the Neon-Seco churches for three years. He joined the faculty of Union College in June 1964. Mr. Hansel had previous college teaching experience at Eastern St. College, where he was a member of the faculty for four years.

Mr. Hansel took both his bachelor’s and master’s degrees from Eastern. A native of Cawood, Kentucky, he is married and the father of three children.

(The above article from the May 26, 1966 Letcher County Community Press.)