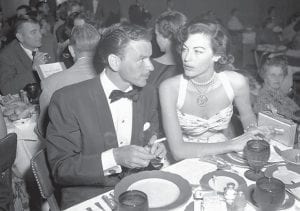 Singer Frank Sinatra and actress Ava Gardner held cigarettes as they dined together at the Riverside Hotel in Reno, Nev., in 1931, some 13 years before U.S. Surgeon General Luther Terry released an emphatic report in January 1964 that said smoking causes illness and death — and the government should do something about it. (AP Photo)

Fifty years ago, ashtrays seemed to be on every table and desk. Athletes and even Fred Flintstone endorsed cigarettes in TV commercials. Smoke hung in the air in restaurants, offices and airplane cabins. More than 42 percent of U.S. adults smoked, and there was a good chance your doctor was among them.

The turning point came on Jan. 11, 1964. It was on that Saturday morning that U.S. Surgeon General Luther Terry released an emphatic and authoritative report that said smoking causes illness and death — and the government should do something about it.

In the decades that followed, warning labels were put on cigarette packs, cigarette commercials were banned, taxes were raised and new restrictions were placed on where people could light up.

“It was the beginning,” said Kenneth Warner, a University of Michigan public health professor who is a leading authority on smoking and health.

It was not the end. While the U.S. smoking rate has fallen by more than half to 18 percent, that still translates to more than 43 million smokers. Smoking is still far and away the leading preventable cause of death in the U.S. Some experts predict large numbers of Americans will puff away for decades to come. 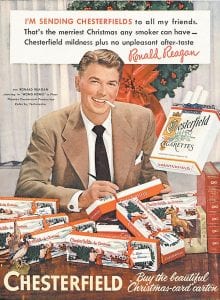 Nevertheless, the Terry report has been called one of the most important documents in U.S. public health history, and on its 50th anniversary, officials are not only rolling out new anti-smoking campaigns but reflecting on what the nation did right that day.

The report’s bottom-line message was hardly revolutionary. Since 1950, head-turning studies that found higher rates of lung cancer in heavy smokers had been appearing in medical journals. A widely read article in Reader’s Digest in 1952, “Cancer by the Carton,” contributed to the largest drop in cigarette consumption since the Depression. In 1954, the American Cancer Society announced that smokers had a higher cancer risk.

But the tobacco industry fought back. Manufacturers came out with cigarettes with filters that they claimed would trap toxins before they settled into smokers’ lungs. And in 1954, they placed a full-page ad in hundreds of newspapers in which they argued that research linking their products and cancer was inconclusive.

It was a brilliant counter-offensive that left physicians and the public unsure how dangerous smoking really was. Cigarette sales rebounded.

In 1957 and 1959, Surgeon General Leroy Burney issued statements that heavy smoking causes lung cancer. But they had little impact.

Amid pressure from health advocates, President John F. Kennedy’s surgeon general, Dr. Luther Terry, announced in 1962 that he was convening an expert panel to examine all the evidence and issue a comprehensive, panel was unimpeachable, he let the tobacco industry veto any proposed members it regarded as biased.

Surveys indicated a third to a half of all physicians smoked tobacco products at the time, and the committee reflected the culture: Half its 10 members were smokers, who puffed away during committee meetings. Terry himself was a cigarette smoker.

“I told him, ‘You gotta quit that. I think you can get away with a pipe — if you don’t do it openly.’ He said, ‘You gotta be kidding!’ I said, ‘No, I’m not. It just wouldn’t do. If you smoke any cigarettes, you better do it in a closet,’” Guthrie recalled in a recent interview with The Associated Press.

The press conference was held on a Saturday partly out of concern about its effect on the stock market. About 200 reporters attended.

The committee said cigarette smoking clearly did cause lung cancer and was responsible for the nation’s escalating male cancer death rate. It also said there was no valid evidence filters were reducing the danger. The committee also said — more vaguely — that the government should address the problem.

“This was front-page news, and every American knew it,” said Robin Koval, president of Legacy, an anti-smoking organization.

Cigarette consumption dropped a whopping 15 percent over the next three months but then began to rebound. Health officials realized it would take more than one report.

Still, progress was slow. Warner recalled teaching at the University of Michigan in 1972, when nearly half the faculty members at the school of public health were smokers. He was one of them.

“I felt like a hypocrite and an idiot,” he said. But smoking was still the norm, and it was difficult to quit, he said.

The 1970s also saw the birth of a movement to protect nonsmokers from cigarette fumes, with nosmoking sections on airplanes, in restaurants and in other places. Those eventually gave way to complete smoking bans. Cigarette machines disappeared, cigarette taxes rose, and restrictions on the sale of cigarettes to minors got tougher.

Tobacco companies also came under increasing legal attack. In the biggest case of them all, more than 40 states brought lawsuits demanding compensation for the costs of treating smoking related illnesses. Big Tobacco settled in 1998 by agreeing to pay about $200 billion and curtail marketing of cigarettes to youths.

In 1998, while the settlement was being completed, tobacco executives appeared before Congress and publicly acknowledged for the first time that their products can cause lung cancer and be addictive.

Experts agree that the Terry report clearly triggered decades of changes that whittled the smoking rate down. But it was based on data that was already out there. Why, then, did it make such a difference?

For one thing, the drumbeat about the dangers of smoking was getting louder in 1964, experts said. But the way the committee was assembled and the carefully neutral manner in which it reached its conclusion were at least as important, said Dr. Tim McAfee, director of the Office on Smoking and Health at the Centers for Disease Control and Prevention.

At the same time, he and others said any celebration of the anniversary must be tempered by the size of the problem that still exists.

Each year, an estimated 443,000 people die prematurely from smoking or exposure to secondhand smoke, and 8.6 million live with a serious illness caused by smoking, according to the CDC.

Fifty years ago, he was a 19-year-old who smoked two packs a day while working as a clerk for the surgeon general’s committee. He quit cigarettes right after the 1964 report came out, and went on to a long and distinguished public health career in which he wrote or edited scores of books and reports on smoking’s effects.

“We should be much further along than we are,” the Georgia retiree lamented.

(AP Photo/ Stanford Research into the Impact of Tobacco Advertising)