Holbrook continues his education at 81 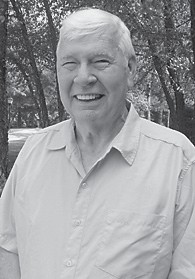 Albert Holbrook loves languages. He’s taken Spanish, French and is now taking German and at age 81, he plans to keep on learning by enrolling in Hazard Community and Technical College classes.

Holbrook started enrolling in classes 10 years ago to keep his mind active and meet other people. Growing up in Knott County, he remembers how he only had the chance to make it to the eighth grade. Since he missed out on a college education when he was younger, he is making sure he takes advantage of the opportunity now.

“I enjoyed having Mr. Holbrook in my class. He brought an interesting dimension to the class because he would ask questions that no one else even thought of. I think it’s great that he wants to continue his learning,” noted Sharon Stewart, math professor. Professor Stewart remembers how Holbrook would suggest alternate ways to do something. “Most students just want to know the right way, but he was aware that there could be several right ways,” she said.

David Frazier, associate professor of information technology, said he appreciated having Holbrook in his computer class because he was so motivated to learn. “I find that the older students work harder than anyone else. They ask more questions.”

“Albert Holbrook was an exemplary student; he was a joy to have in my class because he was so committed to learning language,” noted Scott May, professor of foreign language, who had Holbrook in three of his Spanish classes.

“I’ve liked all my teachers; I have learned from all of them,” Holbrook said, who has enrolled in classes both on-line and in the classroom.

Holbrook retired from the military where he worked in air to ground communication and served in Vietnam, has lived in Mississippi and Georgia, and is a father of four. He said he’s lived a good life that has been made better through education.

This fall semester, he’s only enrolled in one class because he wanted to make sure he had time for hobbies that include ham radio, fishing, swimming, and gardening at his home in Soft Shell.

“Education makes you a more knowledgeable person. I wanted to learn. And I plan to keep on taking classes to keep my brain active,” Holbrook said.