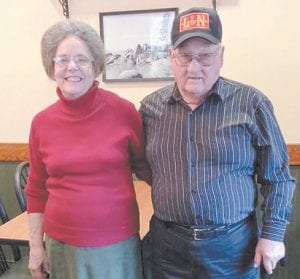 Charlie and Wilma Holbrook of Deane, celebrated their 60th wedding anniversary on January 2 with a surprise dinner with family and friends at Ponderosa Steakhouse in Hazard.