How to improve your sex life without declaring bankruptcy 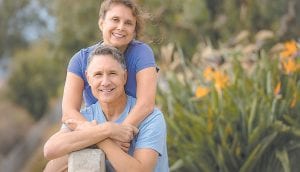 For many older couples, fun in the bedroom requires help from prescription drugs, but prices of popular brand-name sexual dysfunction drugs have tripled since 2010 and insurance coverage is spotty.

However, experts say couples needn’t choose between abstinence and breaking the bank. Here are some strategies: CHECK YOUR POLICY

For women, health insurance usually covers new generic medicines and some brand-name ones for symptoms including vaginal dryness, which can make sex painful. For men, insurance may cover six Viagra or Cialis pills per month, which now cost $50 apiece without insurance or for additional pills above the limit. Be sure to check your copayment even if you have generous coverage.

If your plan doesn’t cover impotence pills, you may still be able to get some, but for a different reason. Viagra’s main rival, Cialis, is also approved to treat an enlarged prostate, and insurers often cover Cialis for that condition. If you have urinary problems, your doctor may prescribe Cialis, says Dr. Elizabeth Kavaler of New York’s Lenox Hill Hospital. GO GENERIC

In mid-December, Viagra gets two generic competitors, which should reduce prices. But there’s a cheaper option now.

Pfizer went on to develop a higher-dose version and called it Viagra, but lowerdose Revatio is now available as generic sildenafil. Cialis costs as little as $1 without insurance at some pharmacies, though men generally need several pills. OPTIONS FOR WOMEN

With insurance, popular ones like Premarin pills and Estrace vaginal cream each cost about $60 per month.

A popular rival to Estrace,

For some women, overthe counter lubricants suffice, says Dr. Lauren Streicher, who heads the Center for Sexual Medicine and Menopause at Northwestern University in Chicago. SPLITTING, STRETCHING, AND SAMPLING

Many pills come in different dosages, so some patients get the highest dose and split pills.

Some men take cheaper daily Cialis pills because only taking them on demand may be enough, or they get full-strength Cialis, which lasts 36 hours, for two nights of activity. Women sometimes take twice-weekly treatments less frequently.

Drug samples are sparse, but it’s worth asking. PRICE SHOPPING AND COUPONS

Whether or not you’re insured, price shopping can save a bundle. Medication prices vary widely among pharmacies, whether they’re retail drugstores, online outfits like HealthWarehouse.com, or pharmacies inside grocery chains or shoppers clubs such as Costco. Even pharmacies with low prices for most drugs have high prices for others.

Try price comparison sites including GoodRx, Blink Health and Drugsdepot.com. Some have printable coupons to take to the pharmacy. Brand-name drugs’ websites also offer coupons, and many doctors distribute them to patients. AVOID RISKS

Like all medicines, drugs for sexual dysfunction can cause side effects. Tell your doctor about your medical history and medications you already take. Women who have had certain cancers should avoid or limit use of some hormonal medicines.