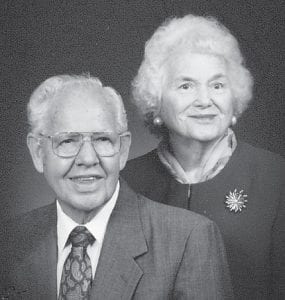 Irene and Abb Humphrey of Louisville celebrated their 70th wedding anniversary on June 27 with family and friends, enjoying a dinner at Claudia Sanders Restaurant in Shelbyville. The couple were married in Whitesburg on June 28, 1940.

Mrs. Humphrey is the former Irene Standifer, daughter of Flora and Dave Standifer of Whitesburg. She grew up on Cowan and is a 1937 graduate of Whitesburg High School.

Her husband is from Drakesboro in Muhlenberg County in western Kentucky and attended Bowling Green Business University. He came to Whitesburg in 1940 and was employed as a bookkeeper by Sanders Collins at Boone Motor Company. 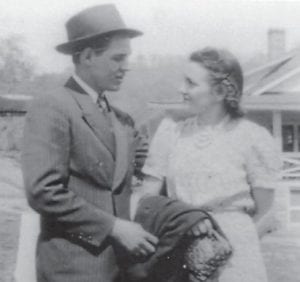 THE HUMPHREYS were married in 1940.