Hutton will be sentenced by Wright on June 13 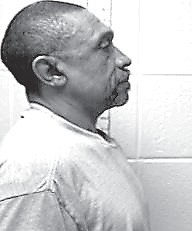 The Letcher Circuit jury which convicted 61-year-old Tommy Hutton on two counts of first-degree trafficking in a controlled substance has recommended that he be sentenced to 15 years in prison.

The jury has asked Letcher Circuit Judge Sam Wright to sentence Hutton to 10 years in prison for selling five tablets of the painkiller oxycodone to an undercover informant on two separate occasions. The jury also recommended that Hutton serve five years for possessing 18 tablets of oxycodone that a Kentucky State Police detective found near Hutton’s home in Fleming.

Hutton would have to serve 20 percent, or three years, before becoming eligible for parole.

Hutton testified May 15 and admitted to selling five oxycodone tablets to an informant named “Bird Dog” on April 19, 2011. He also admitted to selling five oxycodone tablets on April 28, 2011 to Bird Dog. Both of the drug buys were recorded. Although the camera malfunctioned on the first transaction, the audio was clear. The camera system functioned properly during the second drug buy.

Hutton testified that his wife died in August 2010 and he incurred significant debt from her funeral bills. James W. Craft, Hutton’s attorney, said Joseph Jay “J.J.” Wright, who was a friend of Hutton’s, offered to help him out with his finances if Hutton would sell pain pills furnished by Wright, 40, of McRoberts. According to Craft, Wright paid Hutton $10 for every pill he sold.

The Letcher County Sheriff ’s Department and Kentucky State Police executed a search warrant at Hutton’s Fleming home on April 29, 2011. Former KSP Det. Chuck Bledsoe testified that he found a blue pill bottle containing 18 tablets located beside a road near Hutton’s residence. Bledsoe said he found the pill bottle, which looks similar to one seen in the recording from the second drug buy, when he walked outside the house from the living room. Bledsoe said it would have been possible for Hutton to have thrown the pill bottle from the porch.

Hutton was recorded selling pain pills on April 28, 2011 and told an informant he had 20 pills left. While testifying during the trial Hutton denied that the pill bottle belonged to him.

On March 28, Judge Wright signed an order granting pretrial diversion for J.J. Wright on March 28, 2012. The two-year diversion for the former Fleming- Neon High School football coach, who was represented by attorney Daniel Dotson, is to be “supervised with maximum permitted random drug and alcohol screenings.” J.J. Wright must also pay a monthly supervision fee of $10, $600 in restitution to the Letcher County Sheriff ’s Department, and $130 in court costs. He must also enroll in the Letcher County drug court program.

If J.J. Wright completes pretrial diversion, the charges will be designated as dismissed or diverted and the court will order these files to be expunged. If he fails to complete pretrial diversion, the court may impose a sentence equal to or less than the penalty recommended by Letcher Commonwealth’s Attorney Edison G. Banks II, which was a prison sentence of five years.