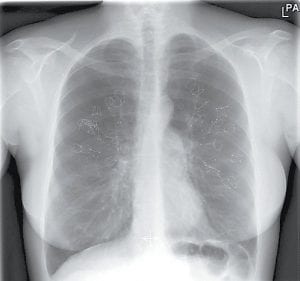 The technique involves inserting several small metal alloy coils through a scope into the lungs, aiming to tighten diseased tissue and open up healthy airways. It’s among experimental alternatives to major lung-reduction surgery for patients with emphysema, a common feature of chronic obstructive pulmonary disease, or COPD.

The French results suggest that coil treatment may provide real benefits for a select group but won’t work for many COPD patients, said Dr. Ravi Kalhan, a Northwestern University lung specialist who was involved in the U.S. study. 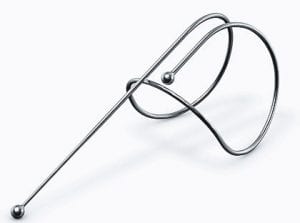 “Every little increment of something that could work in COPD is significant. There are a lot of people with this disease,” Kalhan said.

COPD, which includes emphysema and chronic bronchitis, causes normally elastic airways to stiffen and sometimes swell. It affects 65 million people worldwide, including at least 15 million mostly older Americans, and is a leading cause of death and disability. Patients often have difficulty climbing stairs, showering or even dressing without feeling out of breath.

Implanted coils and valves, another minimally invasive treatment, are used abroad but are considered experimental in the United States.

Results from the study were published in the Journal of the American Medical Association. The French health ministry paid for the study. Two of the researchers reported involvement in previous research funded by the coil maker, along with travel and speaker fees.

The study involved 100 patients randomly assigned to receive usual care or coil treatment at 10 hospitals in France. Coil patients each got about 20 of the devices. The coils are a few inches long outstretched but spring into a circular shape in the lungs.

After six months, patients were given a six-minute walking test to see they could walk at least 59 yards farther than they did at the start. Only 18 coil patients achieved the goal, but that was twice as many as in the usual treatment group.

Kalhan said self-reports on symptom improvement could reflect limitations of the study design — patients knew they’d gotten experimental treatment rather than usual care and wanted to feel better, so it could have been a placebo effect.

More patients got pneumonia in the coil group, and four died, versus three deaths in the other patients, but the study authors said there were far fewer complications than COPD patients often face with lung reduction surgery.

The researchers and others said more studies are needed to determine longterm outcomes.

“These are folks who are probably going to live still many years in many cases,” said Dr. Frank Sciurba, a University of Pittsburgh lung disease specialist who wrote a JAMA editorial. While coil treatment was costlier than usual therapy, long-term quality of life improvements would help balance the monetary costs, he said. Sciurba has received research funding from the coil maker.

“We don’t have anything else to offer these folks,” he said. “These are really symptomatic, suffering people.”