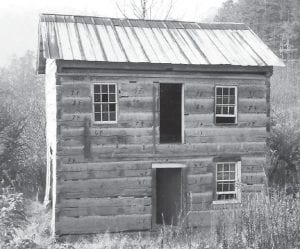 Correspondent Mabel Kiser wrote in the February 20, 1964 edition of The Mountain Eagle that “Carr Creekers are all in a dither again this spring over the proposed dam at the mouth of Carr Creek. Emotions are varied . . . Young folks love a change of scenery, but for older citizens it is sometimes a catastrophe.” These two photos from the U.S. Army Corps of Engineers-Louisville District show some of the historic landmarks in Knott County that many feared would be jeopardized by the planned new dam and lake. (Photos courtesy U.S. Army Corps of Engineers) 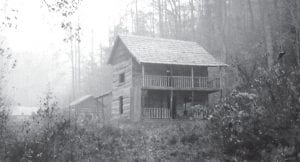