Indy vs. Daytona debate still on 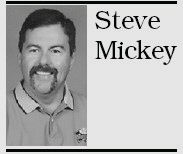 Long before NASCAR had secured the mega TV contracts and had its eye on expanding the sport to all four corners of the country, the schedule contained what was unofficially known as the “four crown jewels.”

Everyone knew long before the new schedule was released what races would be written in red in the minds of the racers as being the most prestigious to walk away with the winner’s trophy.

The sport grew up being the property of the southeastern portion of the country and thus the schedule reflected its roots by holding the vast majority of its races on Southern soil. So if a race wanted to be considered one of the “crown jewels” on the schedule it had to be held on one of these tracks. It also helped somewhat if the race could be linked with a special day on the calendar.

Daytona Beach was not only the home of NASCAR it also was the home of the Daytona 500. That was the race for which every team worked all winter on to get ready. It was the one race back in the 1960s and ’70s that got some national coverage and eventually became the first Cup race to be broadcast live from flag to flag in 1979. This race became the face of the sport for the fans that had never been to a race in person. Even though it is just one race, it is the most important stop on the schedule.

The 500 was joined by Charlotte’s (Lowe’s Motor Speedway) 600-mile race held each Memorial Day weekend, the old Winston 500 held at Talladega and Darlington’s Labor Day tradition known as the Southern 500 as the remaining three jewels that made up the sport’s hallowed portion of the schedule. Any driver that raced during that era would tell you that a win at any one of these stops on the schedule could make even the toughest of seasons a little bit better.

Of course, that all took place in what Dale Jr. would say was “back in the day”! NASCAR decided that the sport belonged to the entire country and not just the Southeast and decided to reflect that thinking in its schedule. Indianapolis was added in 1994, a move that would announce to the rest of the racing world that NASCAR’s Cup Series was on the move to the national stage.

Before the move could be made complete, NASCAR had to get rid of some stops at what were aging racetracks. North Wilkesboro, Rockingham and one race at Darlington were soon gone off the schedule and along with them were some of the best racing on the entire schedule. Darlington was able to keep one race but it lost its identity by having to give up its Labor Day weekend race.

Although the sport now makes stops at the newer tracks of Las Vegas, Kansas, Chicago, Miami and Texas, Indianapolis is the track that now can boast of being one of the so-called “crown jewels” on the schedule. The tradition at this track can compare with any on the Cup schedule, but before we get too carried away, the bulk of that tradition centers on the open wheel cars that have called the track home for almost a century. The names most associated with Indy will forever be Foyt, Unser and Andretti and not Gordon, Earnhardt and Stewart.

The Brickyard 400 annually sells more than 200,000 tickets and has become a great sale for the TV networks that carry the sport, but the reality is the open wheelers have first claim on the track and NASCAR is only king of the hill for one week each year.

Has the Brickyard 400 now reached the status that it is really one of the so-called “crown jewels” on the schedule? The answer to that is yes, but in so many ways the race is still a novelty and will continue in that role for as long as the sport makes its yearly stop. It would be the same if the open wheelers came to Daytona – it’s a nice place to visit but it just isn’t home.

Pit Notes: ESPN’s last televised Cup race was the seasonending race at Atlanta in 2000, but you couldn’t tell it with its coverage at Indy. ESPN helped to make the series what it is today with its coverage of races back in the ’80s when no other network wanted anything to do with the sport.

The all-sports network will cover the next five races before giving way to its sister network, ABC, which will host the final 11 races on the schedule. Those 11 races include the final race to get in the Chase at Richmond in September and the final 10 races that will eventually crown this year’s champion. It seems every time the torch is passed from one network to another during the season, each steps up to the plate with a little something extra. It may be hard for ABC to top what we have already seen this season.